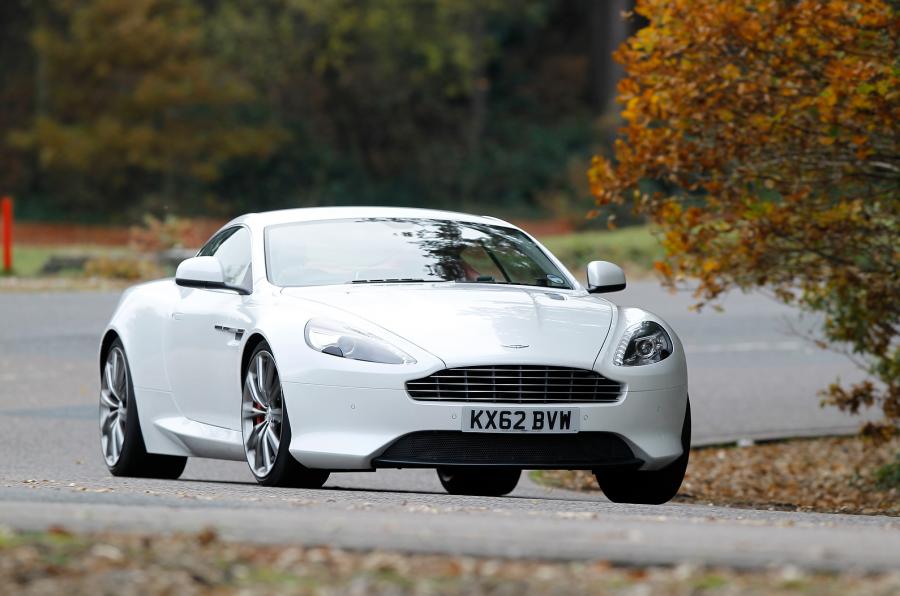 After 10 years of the DB7, it was time for the Aston Martin DB9 to take over. New for 2004, this model would serve as the British carmaker’s grand tourer for 12 years. Reportedly, Aston decided to skip over the DB8 designation for fear buyers would assume the car featured a lowly V8 engine. And you can’t have that happening when you have devoted so much effort and expense in creating a superb V12 engine. This would prove to be a wise decision, with the car famously earning a refrigerator spot on Top Gear’s “cool wall.”

SOME OLD TECH AND A BIG V12

Only one engine was ever offered on the DB9 – that glorious 5.9-litre V12. At launch, this powerplant produced 450bhp and 420 lb-ft of torque. Those figures would be improved upon over the course of the vehicle’s 12-year production stint, with bumps in both 2009 and 2013. The end-result was a rating of 510bhp and 457 lb-ft of torque. Depending on the year, the DB9’s acceleration to 60mph is rated at anywhere from 4.5 to 4.7 seconds. The top-end speed is likewise variable, sitting between 183 and 190 miles per hour. Interestingly, though, the lower top speed is on the more powerful later models.

Two transmission choices were available; a Touchtronic automatic or a traditional manual, both with 6 speeds. Structurally, the Aston Martin DB9 sits on a Ford VH chassis. Made of aluminium, this platform promised the be both lighter and stronger than the one underpinning the DB7. So there you have it – a big thirsty V12, an optional manual transmission, and a Ford chassis. This car is practically a dinosaur today, just 2 years after production ceased. The DB11 took up the DB9’s place in 2016, offering a much more modern package that can compete with today’s supercars.

While the Aston Martin DB9 couldn’t match the all-out performance of some similarly-priced competitor, the car was nevertheless well received. Sure, the relatively poor rear-seat and cargo space were often griped about, but reviewers heaped praise on the decadent interior as well as the powerful and smooth V12.