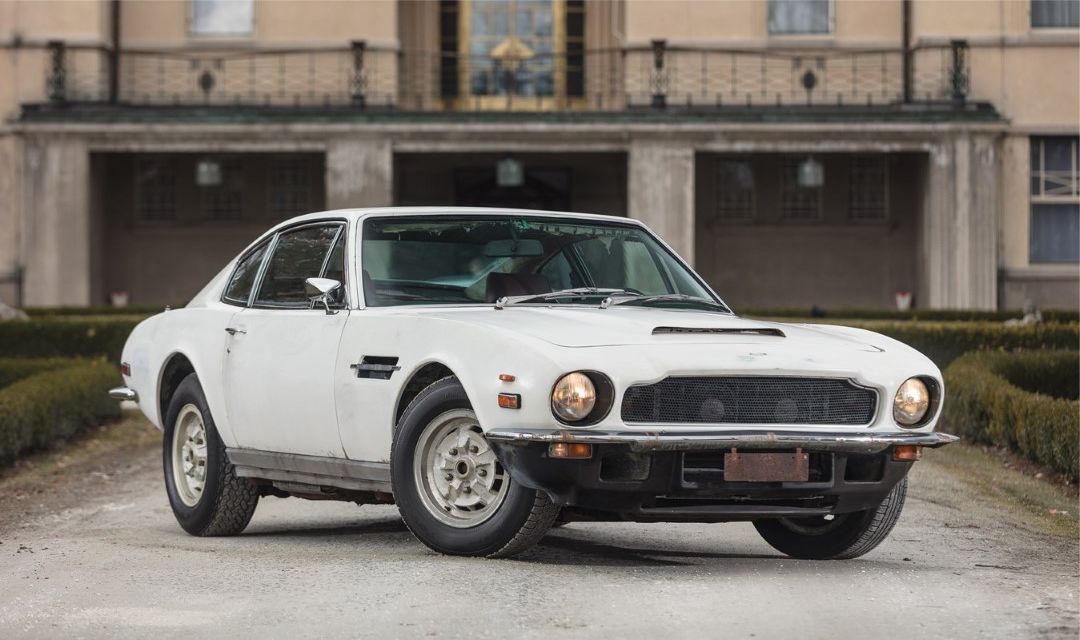 Originally called the DBS V8 upon its debut in 1969, the Aston Martin V8 wouldn’t earn its eventual name until 1972. That’s because, in that year, the six-cylinder DBS model had been scrapped from the Aston line-up. It doesn’t appear to have been missed, either. The V8 model would prove popular, with five total series of V8 models produced through 1989.

MORE POWER FOR THE DBS

Famed engine creator Tadek Marek designed the 5.3-litre V8 for the new model. Despite the reported 250 kg weight gain compared to the previous V6 design, the car’s performance was impressive. Whereas the previous 4.0-litre I6 developed 280 bhp, the new V8 produced 315 horsepower. The original Aston Martin V8 could accelerate from 0 to 60 in 5.9 seconds. Meanwhile, the top speed was rated at 160 mph (257 km/h). Later variants would be forced to cope with stricter emissions regulations and lowered performance figures.

Visually, the V8 was differentiated from the 6-cylinder cars by its unique wheels and larger front air dam. Otherwise, the design was largely the same as the standard DBS. The upright grille and muscular haunches mimicked some of the American muscle cars that had recently taken the world by storm. After the initial design, Aston would introduce four more series of cars.

Series 2: First referred to as the AM V8, the Series 2 Aston Martin V8 used a new grille and headlight design. The other main update was the addition of fuel injection. Just 288 Series Two cars were made between 1972 and 1973.

Series 3: After mechanical issues with the fuel injectors, the series 3 Aston Martin V8 once again used carburettors. The taller two-barrel Weber carburettors necessitated a larger bonnet scoop. This model would be manufactured through the 1978 model year.

Series 4: Also referred to as the “Oscar India” car, the 4th series saw a bulge replace scoop on the bonnet. The first year of the series 4 was also the first year for the convertible Volante model. Only 352 of these Oscar India cars were made.

Series 5: The final version of the Aston Martin V8 was the flat-bonneted Series 5. No extra room was needed in the engine compartment because Aston had switched back to fuel injection. Just over 400 of these models were made through 1989.