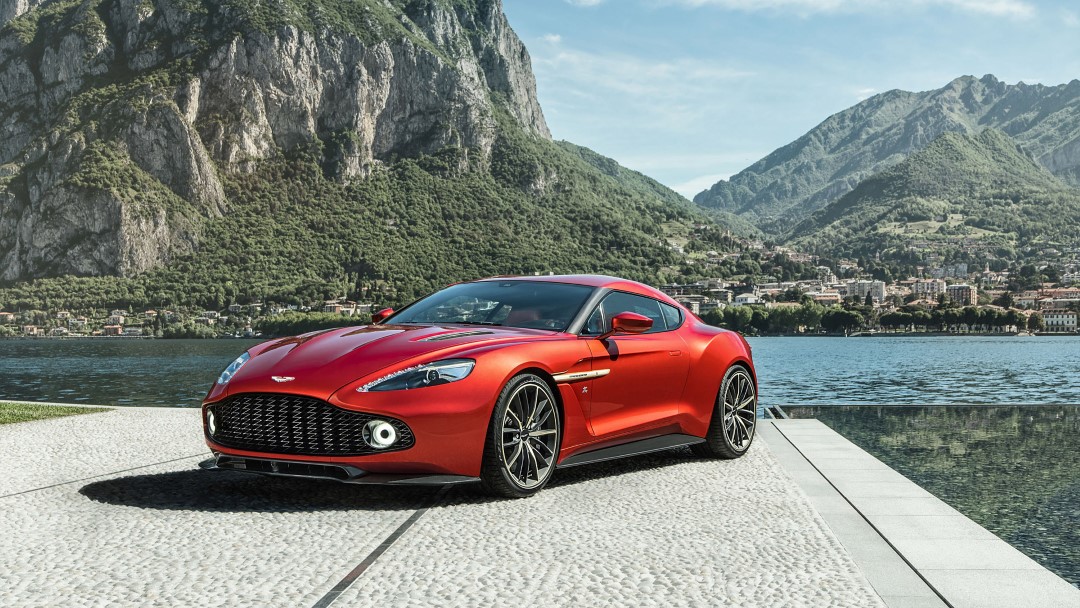 We are truly in the presence of greatness today as we study the Aston Martin Vanquish Zagato. To create this new model, Aston handed the design reins over to the famous Italian studio called Zagato. While few would ever complain about the standard Vanquish’s appearance, Zagato has had a long and lustrous history of updating the British brand’s designs, including the DB4 Zagato, one of which recently sold for nearly £10 million. It’s clear then that Aston has full confidence in this team of Italian experts.

Underneath that Italian bodywork lies an almost completely stock Vanquish S, so you will likely find the performance specs very familiar. The Vanquish Zagato comes in 4 body styles: coupe, convertible, speedster, and even a shooting brake. Powering all models is the same V12 used in the Vanquish S, producing 595 bhp and 630 Nm of torque in this application– good for a top speed of over 200 mph. A Touchtronic III 8-speed gearbox made by ZF fires off lightning-quick shifts while achieving respectable fuel economy figures, at least for a sports car boasting a 6.0-litre, 12-cylinder engine. Aston claims the Zagato can hit the 62-mph mark in just 3.5 seconds.

The real story here, of course, is the Vanquish Zagato’s achingly beautiful new carbon-fibre bodywork. While the entire vehicle has been re-worked by the Italian craftsmen, arguably the most striking element is found on the rear of the car – fantastic star-patterned slotted taillights that look like nothing you will see on any other production car. Those glowing red beauties are bisected by a subtle body-coloured wing that sits low on the rear of the car. Like the standard Vanquish, carbon fibre is everywhere, including the hood vents and front splitter. No matter where you train your eyes, you will find new and exciting elements on the Zagato, but the overall design manages to remain clean and cohesive. This is truly a special car.

Adding to the car’s prestige is its extremely low production numbers. At over £600,000 apiece, fewer than 100 of each body style are planned. Reportedly, some customers are snatching up one of each – lucky individuals, indeed. Hopefully we see some of these future collector’s items on the road before they are all hoarded away for good.