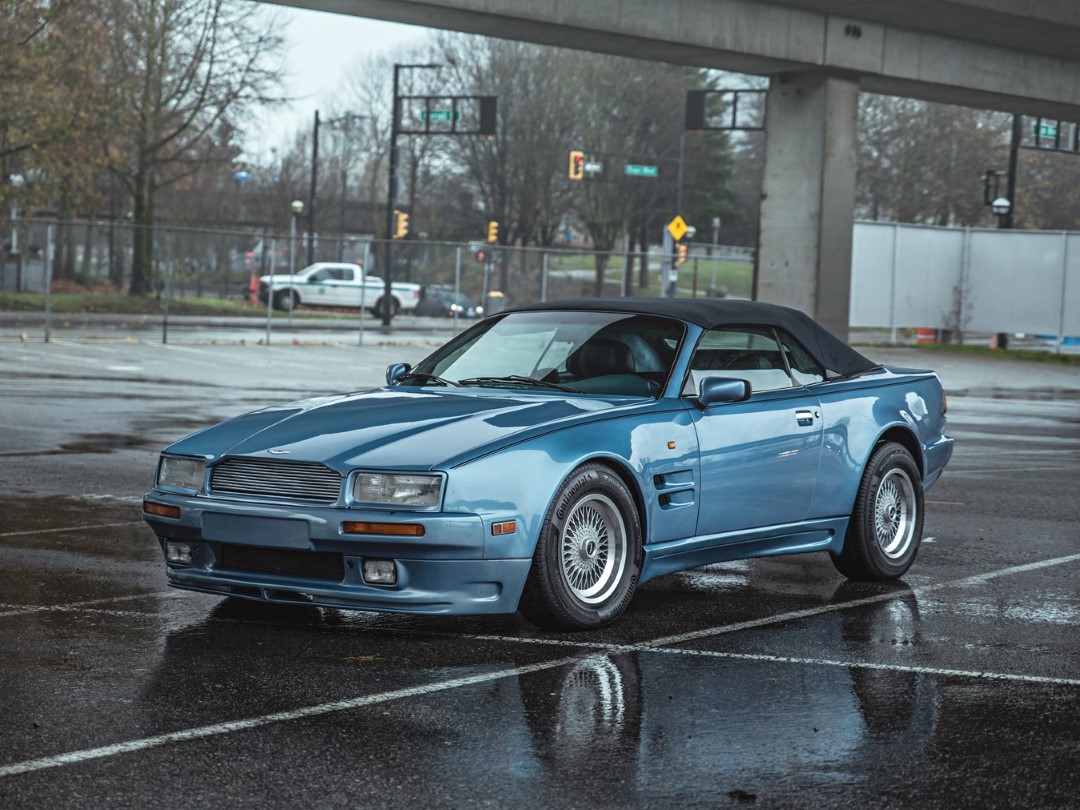 The 1988 introduction of the Aston Martin Virage marked a special occasion: the company’s first all-new model in almost 20 years. Fittingly, then, the Virage looked unlike anything Aston had ever produced before. Sleek new styling and a vastly improved interior enticed buyers to this new top-dog Aston model. Dig a little deeper, though, and everything wasn’t quite as shiny and new as it first appeared.

An “All New” Aston

Even though the model was brand new, the engine was somewhat of a carry-over. That’s right – the 5.3-litre V8 was basically the same unit that had been used in the 1977 V8 Vantage and 1976 Lagonda. To freshen things up and improve breathing, however, new cylinder heads and a 4-valve-per-cylinder design was added to the powerplant. Output was rated at 330bhp, with torque sitting at 350 lb-ft. That was good enough for a 6.5-second run to 62mph. Aston Martin Works offered a 1-litre upgrade to a 6.3-litre V8 starting in 1992. This brought total power up to an impressive 500bhp, while improvements were also made to the brakes and suspension.

Other parts, while new to Aston, weren’t exactly fresh. For example, there were the tail lights borrowed from the VW Scirocco. The head lights, meanwhile, were taken out of the Audi 200. And, with Ford’s purchase of Aston Martin happening one year prior to the Virage’s debut, there were plenty of parts pulled from the Ford bin as well. A Chrysler 3-speed Torqueflite transmission was even offered alongside the 5-speed ZF gearbox on early models. Later, the Virage would be sold with the choice of either a 4-speed automatic or a 6-speed manual.

Compared to its predecessor, the 1977 V8 Vantage, reviewers found the Virage to be a revelation for the company. Much more refined and stylish than any Aston before it, the Virage was praised as a highly competitive offering. In all, just over 1,000 Virages would be produced through the year 2000. A true successor to the Virage would not be seen until the Aston Martin V8 Vantage debuted in 2005.