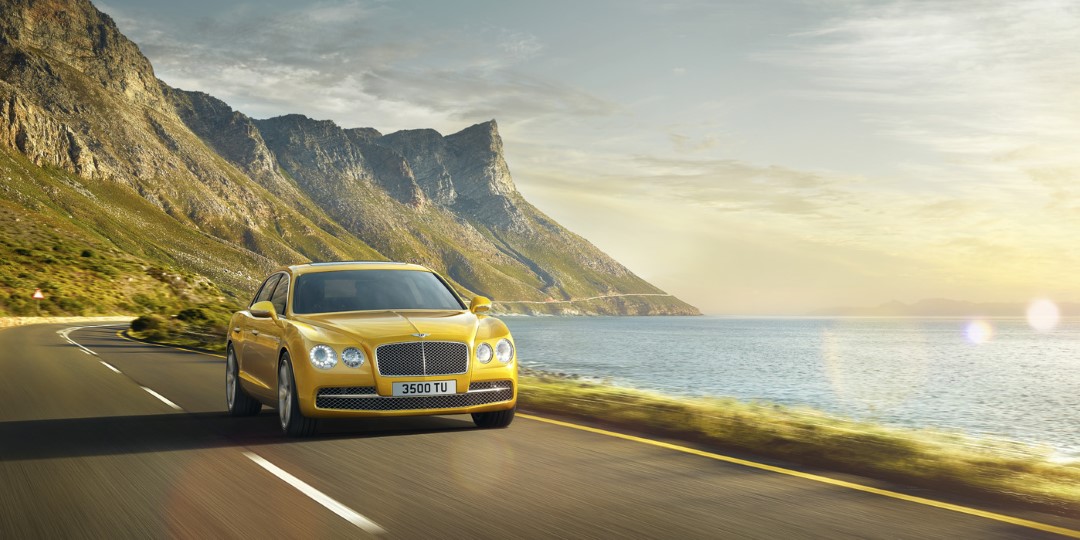 If you love the Continental GT but need more space or just don’t want every passer-by assuming you are some sort of celebrity, don’t worry, Bentley has just the car for you: The Flying Spur. If that name sounds too short, know that the saloon version of Bentley’s Continental GT has dropped “Continental” from its name entirely as of its 2013 redesign. This wasn’t a random choice by Bentley, with many other aspects of the new 4-door deviating further from the coupe version than its predecessor as well.

THE FLYING SPUR SETS ITS OWN COURSE

The list of updates given to the Flying Spur is long and comprehensive. Nearly every aspect of the car seems to have been carefully considered and improved upon. To name a few, there is that new V8 engine option, a sportier exterior styling, new wheels and tires in 19 to 21-inch sizes, and pretty much everything you can see on the interior of the car. The separation from the coupe continues in the car’s exterior design, with significant departures taken from the coupe’s sporty styling that result in a more sedate and mature appearance. It’s clear that the Flying Spur is meant to appeal to a more reserved population than its exuberant sibling.

ANOTHER NEW THING FOR THE FLYING SPUR: ENGINE CHOICES

Between the four sub-models, there are two available engine choices. Buyers can opt for a 6.0-litre twin-turbo W12 (616 or 626 bhp, depending on the year), or a 4.0-litre V8, also twin-turbocharged (500 or 521 bhp).  Clearly, no matter which you choose, the car will never feel underpowered. While still tuned more for comfort than sport driving, those seeking a dynamic thrill in their luxury barge should opt for thee V8 models, which carry far less weight up front and allow for a more balanced handling vehicle.

When you think about it, the Flying Spur seems to have found its niche, carving out its own space as the grown-up choice for Continental buyers. Nearly every aspect of the car has been refined for a mature audience, or exactly what most people would expect in the 4-door variant. Buyers can also expect to save a substantial £90,000 or so compared to the flagship Mulsanne, with a starting price of around £130,000 for the V8 model.