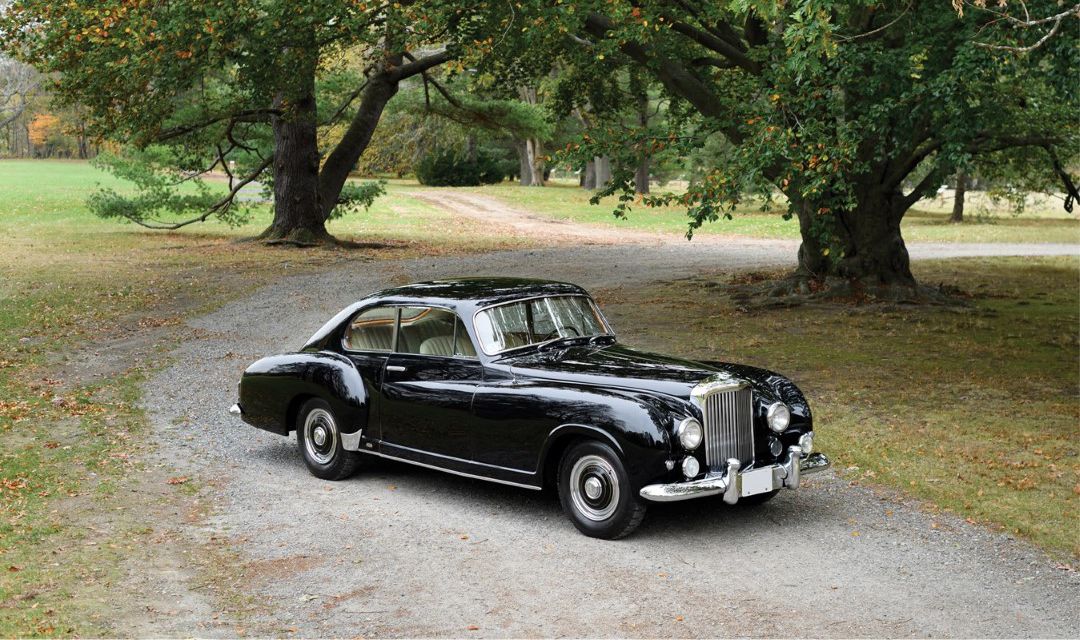 There has been some question over just what exactly to call the Bentley R Type. Because it succeeded the Mark VI, some people chose to refer to the new-for-1952 model as the Mark VII. Bentley even referred to the car as the Bentley 7 internally. Because the chassis was known as the RT, however, most of the world began calling it the R Type. And, for better or worse, that’s the name that has stuck to this day.

In transforming the Mark VI into the R Type, most of the saloon’s body was left untouched, especially the front end. Around back, however, you will notice a large difference. That’s right, the boot was nearly doubled in size, making for a much more practical vehicle. A small number of Bentley R Type buyers opted for custom coachwork, although this was a much less common occurrence than it was on previous models. Those custom-bodied cars included saloons, sports coupes, as well as drophead coupes.

As for the drivetrain, the R Type again mimicked the Mark VI, using that car’s 4.6-litre inline-6 powerplant. And, like that previous model, a 4-speed manual came standard. Later on in the car’s production, a 4-speed automatic became optional. Evidently, this auto was so good that Bentley decided to never look back – the R Type was the last Bentley to feature a manual transmission.

For anyone unhappy with the standard car’s 101-mph (164 km/h) speed limit, Bentley offered the hot R-Type Continental. And, boy did they succeed. Giving the I6 engine a host of upgrades including a higher compression ratio, new induction and exhaust, and higher gearing, what Bentley created became the world’s fastest 4-seater car. By increasing the power and keeping the weight down, the Continental can reach a top speed of 120 mph (190 km/h).

From 1952 to 1955, Bentley sold over 2,300 R Types, making it far and away the most popular choice between it and the nearly-identical Rolls-Royce Silver Dawn. Still, Bentley didn’t win over everyone who tried out the car. Because of its striking similarity to its predecessor, many reviewers felt that the car was little more than a makeshift model to hold everyone over until the thoroughly-redesigned S1 debuted.