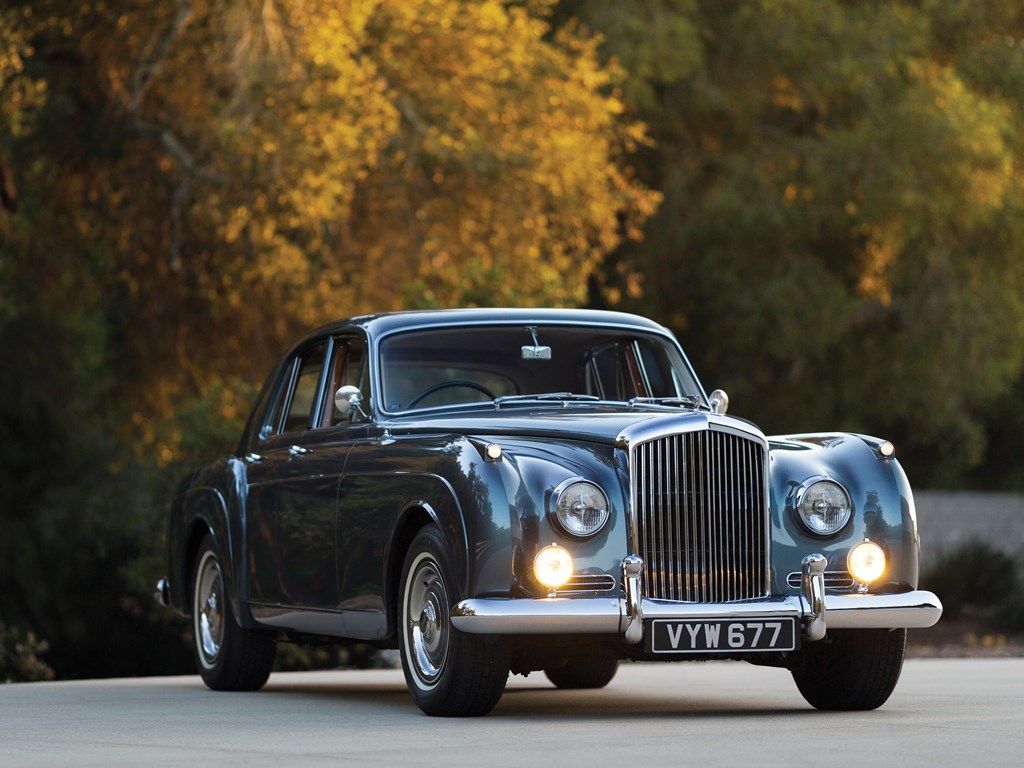 Originally referred to simply as the “S,” what would become the Bentley S1 would end up being a strong seller for the British manufacturer. Based on the Rolls-Royce Silver Cloud, the new-for-1955 Bentley model was virtually identical to that Rolls model. That means it featured a host of improvements over the R Type that preceded it. This no doubt contributed to the car’s strong sales

Compared to the R Type, the new Bentley S1 was vastly superior. A longer wheelbase gave it more interior and boot space, while a revised suspension gave it a softer ride. A more spacious and comfortable interior is about as good as it gets when you are talking British luxury cars. But there was more – the steering and braking were improved as well. And, lastly, the engine received some attention as well.

Enlarged by 300 cc over the R-Type’s engine, the 4.9-litre inline-6 offered Bentley drivers extra power to complement the model’s improved stopping power. Later, an even more powerful 6.2-litre V8 would be fitted to the S2 for an even bigger bump in power. Bentley wasn’t satisfied with its slightly-more-powerful car, however, and soon decided to produce an even sportier version of the S1.

Six months after the S1 debuted, a high-performance version of the car, referred to as the S Continental, was introduced. Using lightweight bodies, the Continental gave customers a higher-performance option in both fixed- and drophead coupe models. What’s more, this newfound performance bent helped to separate the Bentley brand from Rolls Royce. Make no mistake, this was still a large, comfortable car – just slightly perkier than the non-Continental versions.

Even though it was only produced between 1955 and 1959, the Bentley S1 was by all accounts a smashing success. In that time, 3,538 cars were built, roughly as many as both the S2 and S3 combined. By 1965, the S-series of cars would be replaced by the T-Series, which again was based heavily on a Rolls-Royce model.