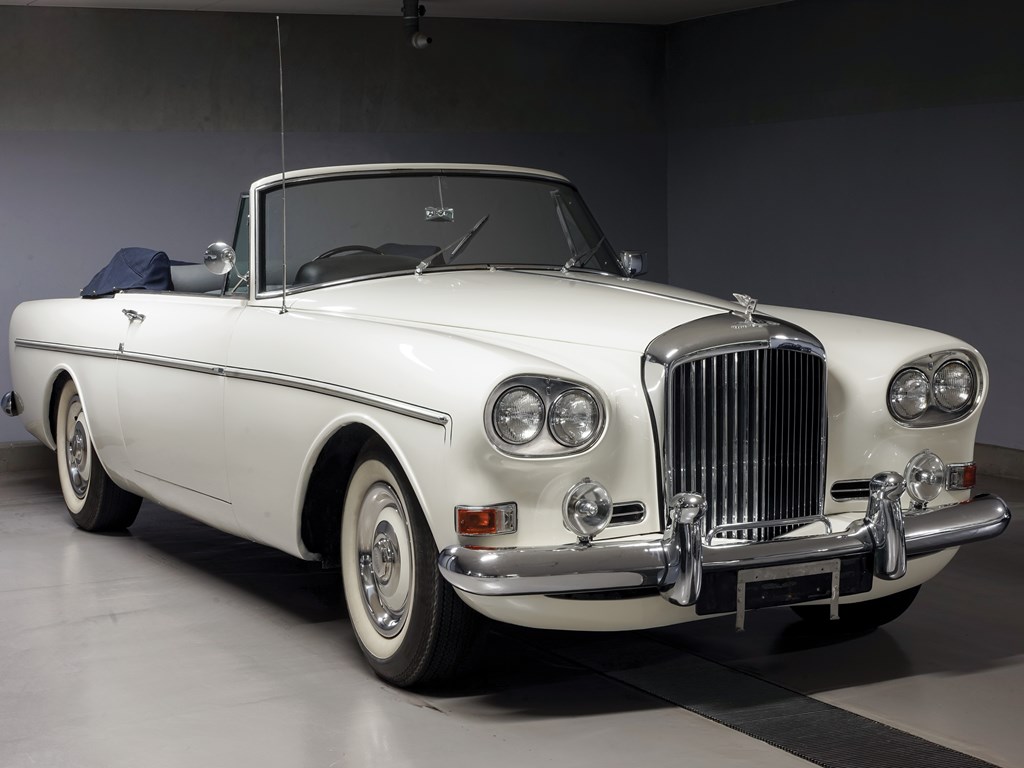 Produced between 1962 and 1965, the Bentley S3 featured some small but notable upgrades over the S1 and S2 that came before it. At just over £6,000, this big 4-door saloon was monumentally expensive for its era. The average vehicle back then cost just £820 in London, and even big powerful sports cars barely crested the £2,000 figure. As was common in its time, the S3 had much in common with a Rolls-Royce model. In fact, all S-Series cars, from the S1 to the S3, were nearly identical to the popular Rolls-Royce Silver Cloud.

From outside, the Bentley S3 appeared slightly sportier, if not slightly angrier, than its forebears. That’s due to the lower bonnet line allowed by a lower radiator placement. The most notable change, however, was the new headlamp design. Where the single headlamp of the S1 and S2 once sat, there was now a handsome twin headlamp setup. Not only did this lend a new visage to the big Bentley, but it vastly improved forward visibility in the dark as well.

Inside, the newest S series had been updated as well. The front seats were slightly revised from the old style, while new cushioning and a little more legroom meant the backseat was even more luxurious than before. Minor improvements made their way to the power steering and engine as well. The 6.2-litre V8 was given new carburettors and a higher compression ratio for a minor horsepower increase.  The 4-speed automatic transmission, meanwhile, was carried over unchanged.

Buyers looking for that extra dose of exclusivity were invited to purchase the Bentley S3 Continental. Whereas over 1200 normal S3s were built, just 311 S3 Continentals rolled off the line. The all-aluminium Coachwork came courtesy of H.J. Mulliner and, later, Mulliner Park Ward. Compared to the standard car, the S3 Continental had a sportier appearance. The fancy coachwork didn’t come cheaply, of course, with these Continental models commanding up to a 50% premium over the standard S3.