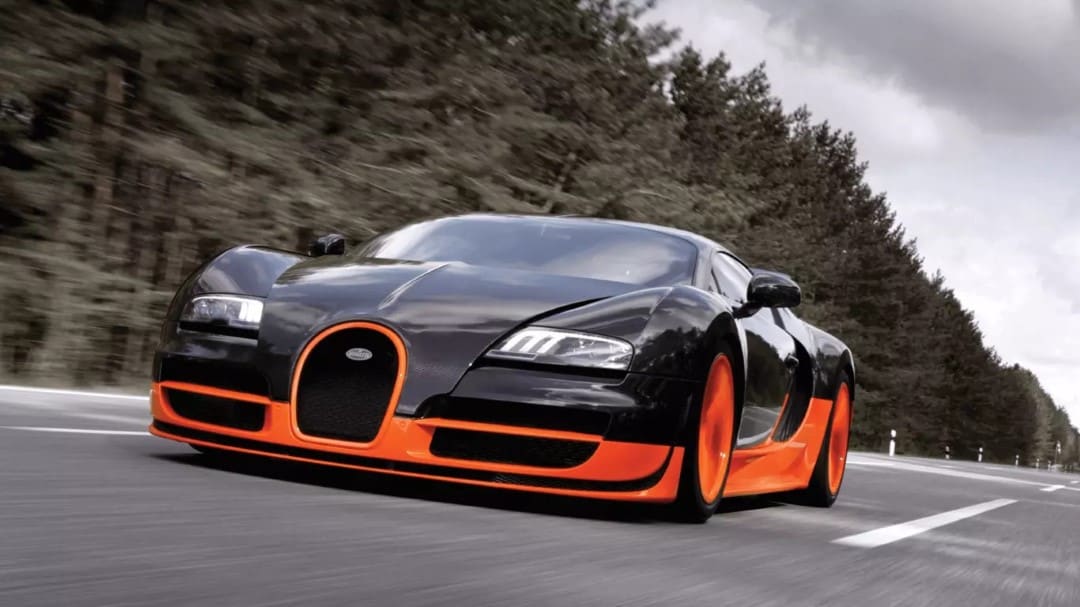 Bugatti Veyron Super Sport – The Veyron Grows (and Speeds) Up

While the Agera RS might be the current fastest-car record holder, back in 2010 the Bugatti Veyron Super Sport was the speed king. By that time, the 253-mph Veyron had already been around for 5 years, but with multiple rivals aiming for higher speeds, Bugatti had to act in order to stay on top. This wasn’t just a matter of turning up the boost, however, as the Super Sport constitutes a wholesale makeover, transforming the car into a more complete all-rounder while keeping its Veyron essence intact.

Power, Speed, and So Much More

First things first: the power. Tweaks to the massive 8-litre W16 resulted in 1,184 bhp, and 1,106 lb-ft of torque. In addition to the power, a new aerodynamics package helps this limited-edition Veyron slip through the air even more easily than before. From the rear spoiler to the front diffusers, nearly every aspect of the body was given the aerodynamic treatment. This allowed the Super Sport to surpass the original Veyron’s world-record top speed by 14 mph; reaching an incredible 267.8 mph. The Veyron Super Sport wasn’t just a straight-line specialist, either. In designing the car, Bugatti incorporated many changes to sharpen the car’s braking and handling (a common complaint with the original Veyron was the lacklustre handling characteristics). These revisions were a great success, with the Veyron Super Sport famously turning in a 1:16.8 lap time around the Top Gear test track. Over the following 7 seasons, only 11 cars managed to beat that time.

But Wait, it Gets Even Better

So, let’s see: With more power and more track performance, the Veyron Super Sport must have a ride quality akin to that of a fully-laden dump truck, right? Fortunately, no – Bugatti kept the ride compliant and luxurious. The quick-shifting 7-speed gearbox manages to keep the gear changes smooth, as well. So, this really is the complete Veyron package: supreme speed, refinement, and excellent handling all combined to create the ultimate supercar.

When it debuted, the Veyron Super Sport was easily the most desirable car in the world. It could seemingly do it all, but of course it came at a steep, steep price. At a cool €1.65 million Euros, it was roughly 600,000 euros dearer than the original car. That didn’t dissuade buyers, however, with all 30 units finding buyers.