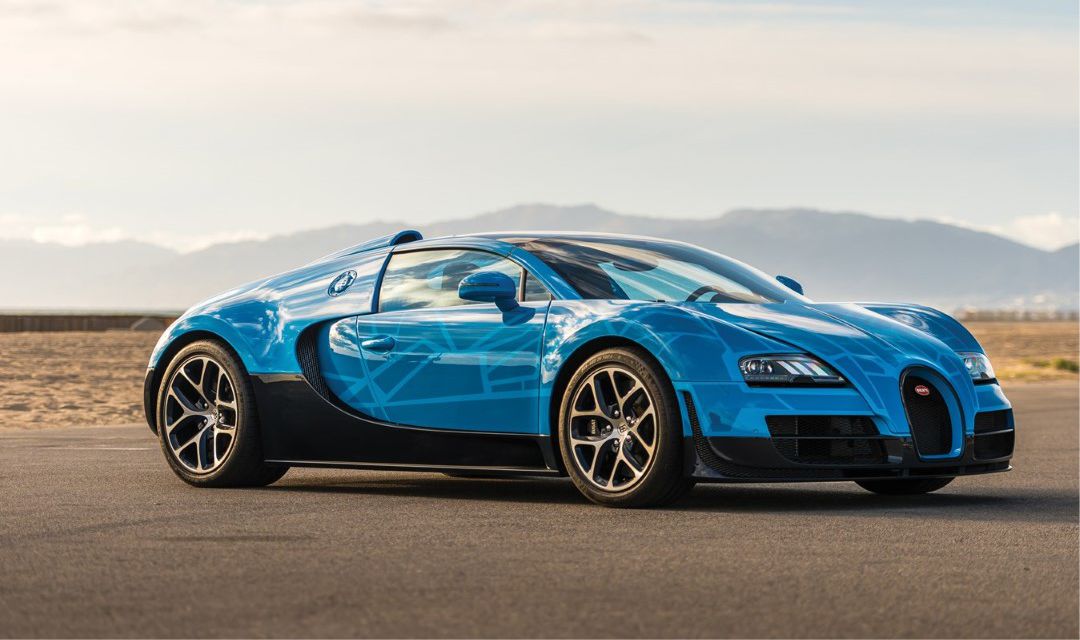 It’s not often we get to witness the dawning of a new supercar era, but with the 2005 debut of the Bugatti Veyron, that’s exactly what happened. At the time, no one was prepared for the remarkable specs offered by this car: 1,000 horsepower, a top speed of over 250 mph, and a neck-straining 2.4 seconds to 60 mph. This is the car that moved the goalposts and left every other manufacturer scrambling to catch up. In fact, even Bugatti’s new Chiron hasn’t been able to match the Veyron’s top speed. only recently have we started to see cars capable of keeping pace with the Veyron; most notably the Koenigsegg Agera RS.

8.0-litre W16 that makes use of not one or two turbochargers, but four. The results are amazing:  1,001 bhp, and 922 lb-ft of torque. By joining forces with a Haldex all-wheel-drive system, that monster engine propelled the Veyron to its record-breaking top speed of 253 mph, a figure that finally eclipsed the mighty McLaren F1.  Driving at those speeds required many special considerations that your normal everyday supercars don’t have to deal with. Take, for instance, the specially-built Michelin tyres that cost nearly £20,000 to replace, or the huge rear wing which deploys at speeds above 140 mph to provide up to 770 lbf of downforce. A Ricardo-built dual-clutch automatic transmission fires off shifts in under 150 milliseconds. Owners had better hope that this unit lasts, as a replacement costs upwards of £90,000.

GRAND TOURING … AT OVER 200 MILES PER HOUR

Despite what those numbers may indicate, the Veyron wasn’t a performance-at-all-costs track car. In fact, this was more of a comfortable GT cruiser than a corner carver. With a kerb weight of over 1,800 kgs, the Veyron was not optimally set up to handle high g loads anyways. Many reviewers noted how quiet and stable the car remained, even at the incredible speeds it could achieve. Sophisticated interior appointments made the big Bugatti fit right in with the Bentleys and Aston Martins it competed against.

I am sure we all remember gaping in awe at the performance numbers put out by the Veyron when it was new. Bugatti put their name back in the headlines after a long absence thanks to the incredible feat they pulled off with this car, and the entire world benefitted from witnessing the spectacle.