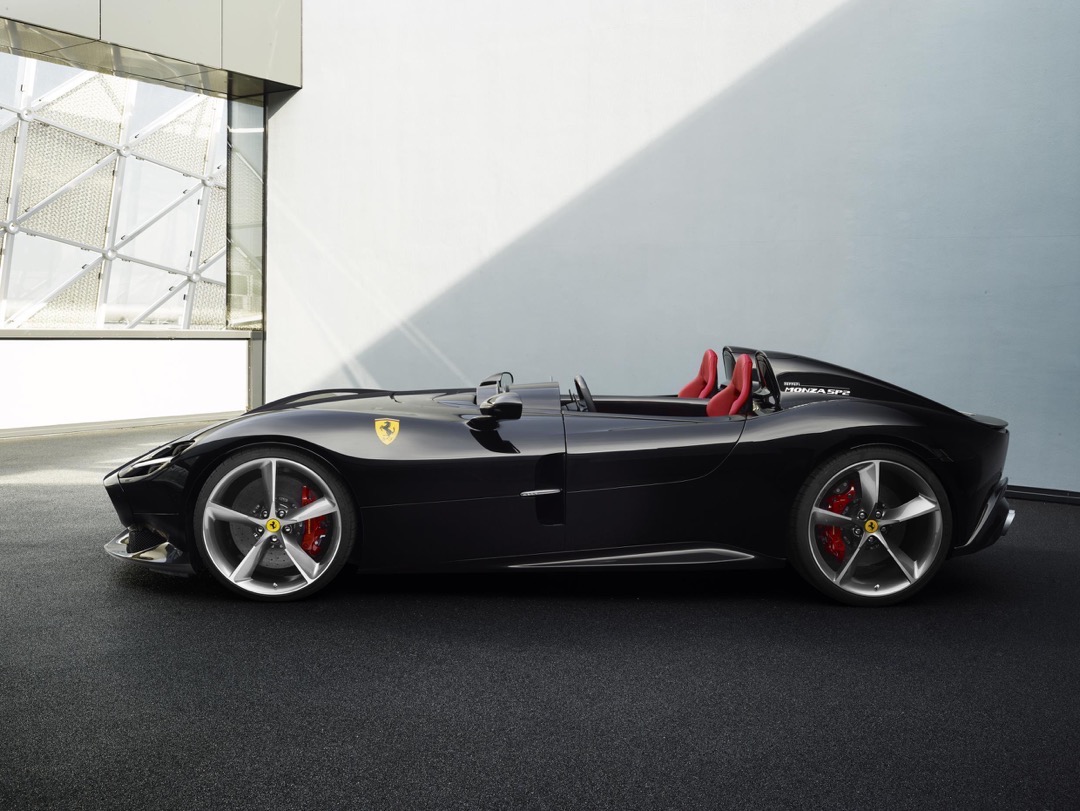 The Ferrari Monza SP2 – A Monza for Two

Usually when it comes to buying a new Ferrari, you have to choose between 2 and 4 seats – that’s not the case with the Monza SP2. That’s because the Monza SP models feature only 1- and 2-seater configurations. As you would guess the SP2 is the model that allows you to bring one very special friend along for the ride. And, while the single-seater may have stolen the majority of the press photos, the allure of the second seat might just be too strong for many buyers.

While it doesn’t offer the amazing single-cockpit styling of the Monza SP1, the SP2 still manages to look stunning in its own right. In fact, the more balanced aesthetic is preferable to some observers. It still features the low-slung, open cockpit that has been unburdened of a windscreen. No windscreen, you ask? That’s right, but Ferrari assures prospective buyers not to worry as it has implemented a “Virtual Windshield” system that directs airflow around, instead of at, the driver. I’m not sure how well it works, but let’s hope it’s effective enough to allow Monza owners to enjoy the full performance of these cars without being buffeted by 185 mile-per-hour wind.

As you would guess, Ferrari will build a very limited number of these Monza SP cars. The planned 499 models are to be split between the SP1 and SP2, with the exact balance to be decided by customer orders. Ultimately, this is an amazing piece of design work and we can only hope that Ferrari intends to build more of these “Icona” models in the future.