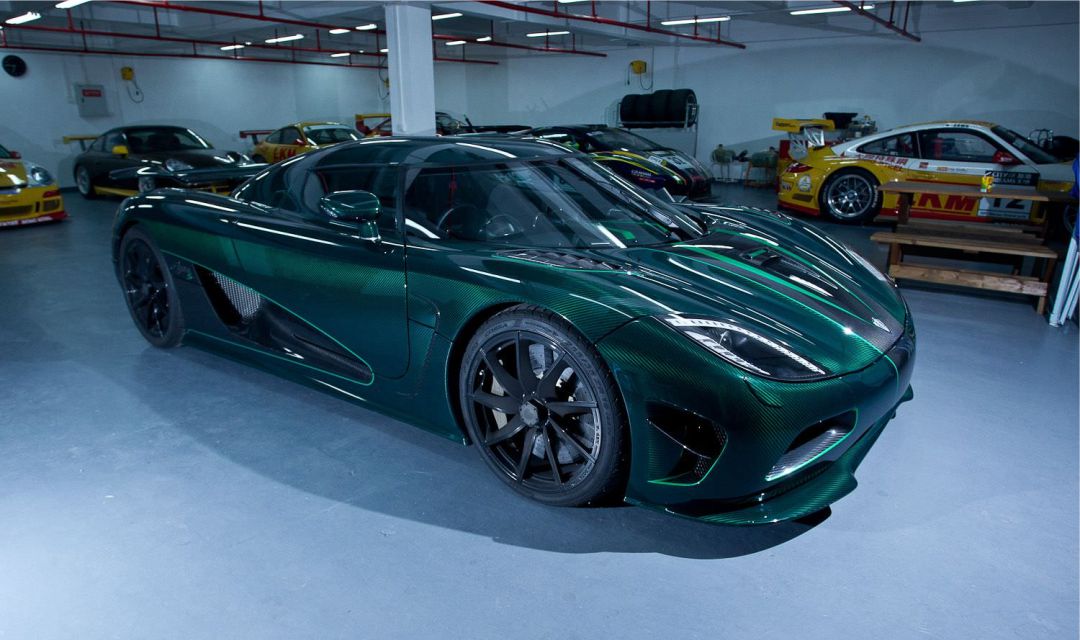 Koenigsegg designed its 2012 Agera S to serve a market that the mighty Agera had previously ignored. Specifically, the S was built to handle low-octane fuel so that those of us who live in countries without the good stuff can still enjoy this beast of a car. It is also made to appeal to markets without E85 biofuel, so that the model can be sold in countries such as Malaysia. The rest of the car was based heavily on the amazing Agera R, meaning this vehicle is a technical masterpiece.

As you would expect, the low-octane Agera S can’t quite match the power of the Agera R upon which it is based. But as you probably didn’t expect, that’s because its twin-turbo 5-litre V8 actually develops more power than it does in the R. That’s right, when both models are running on the same fuel, the Agera S develops maximum power output of 1,016 bhp (758 kW), meaning the S enjoys a 69-bhp advantage over its sibling. Meanwhile, torque stays the same at 810 lb-ft (1,100 Nm). Which, let’s be honest, is plenty of torque.

While the rest of the car keeps most of the elements introduced on the Agera R, there are some unique features that set it apart. Of those, the most interesting are the new “Hollow Space Carbon Fibre Aircore” wheels. These high-tech wheels are made entirely out of carbon (except for the valve stem), resulting in an incredibly light wheel. All the more impressive when you consider that these wheels have to stand up to the Agera S’s 273-mph top speed.

In total, just 5 Agera S models were produced through model year 2014. And that figure includes one very special car that represented Koenigsegg’s 100th car ever produced. Nicknamed “Hundra,” this model features special gold inlays to commemorate the event. Upon its introduction to the Malaysian market, the Agera S came with a RM5,000,000 price tag, equivalent to around £920,000 or $1.2 million. And, with taxes, that figure skyrocketed to RM15,000,000. No wonder so few were made -that’s some serious cash!