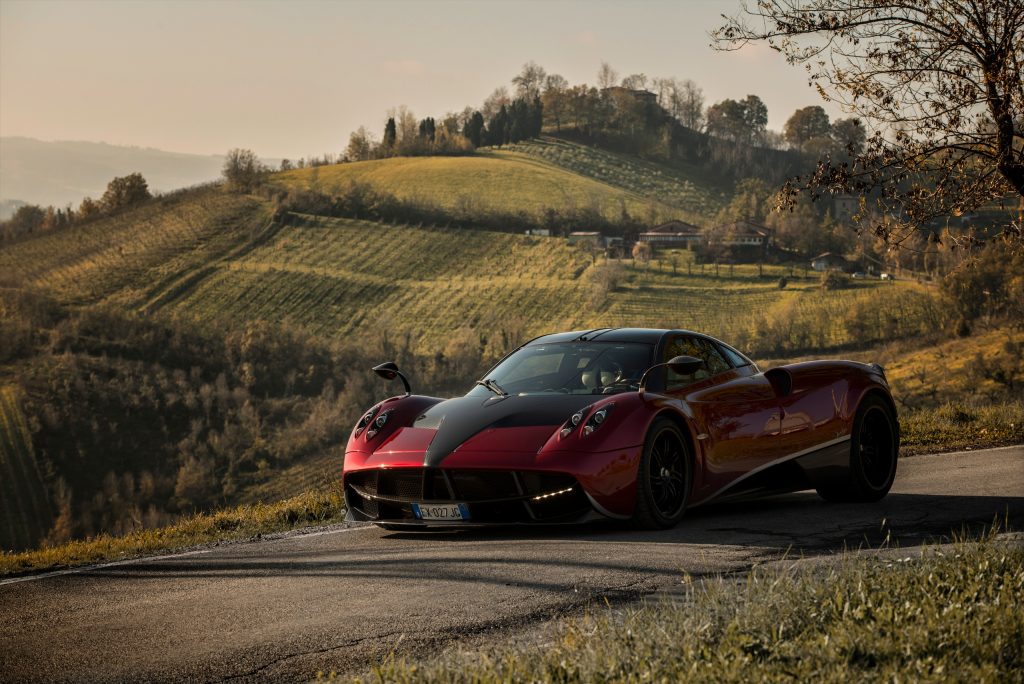 It’s not often the world is graced with the introduction of a brand-new Pagani model, but that’s what finally happened in 2012 with the new Huayra. This new model replaced the long-in-the-tooth Zonda, which had been around in one form or another for 13 years at the time of new car’s introduction. The excruciatingly long wait paid off, as the Italian carmaker created a true stunner with this new model.

While it is not an in-house powerplant, Pagani worked closely with Mercedes on the design of the 6.0-litre, twin-turbocharged V12. This bespoke powerplant produces 720 bhp and 738 lb-ft of torque, plenty of motivation to get the 1700-kg car moving. Once on the move, active aerodynamics either keep the Huayra glued to the ground or reduce drag to help achieve a higher top-end speed, depending on what the situation calls for. Naturally, the Huayra is among the fastest cars in the world, notching a sub-3 second 0 to 60 time and a top speed of 238 mph.

The Huayra casts an imposing figure, especially with the gullwing doors and engine compartment open.  In that skeletonized state, the car is simultaneously gorgeous and intimidating. And then there are those delicate, flower petal-like side-view mirrors arching outwards from the front fenders. Plenty of design cues have been borrowed from the Zonda, sure, but this car is unlike anything else on the road today. Moving inside, nothing has changed as the design sticks with the beautiful mechanical theme. Most interesting to me is the exposed shift linkage and ubiquitous carbon fibre, although I get the feeling you could spend hours examining the cockpit and still find new and interesting bits. So, whether it’s the vicious performance or the brutal beauty of its design, the Huayra is bound to leave a mark on anyone who encounters it.

After the Huayra’s introduction, a roadster version and the even more track-oriented BC edition were later created, widening the car’s appeal. With a price tag of just over £1 million, the Huayra competes the likes of the LaFerrari and Agera RS, so it certainly has its work cut out for it. Still, if you are truly in the market for a car like this, chances are you can afford all three, so why not buy them all and do a true comparison?