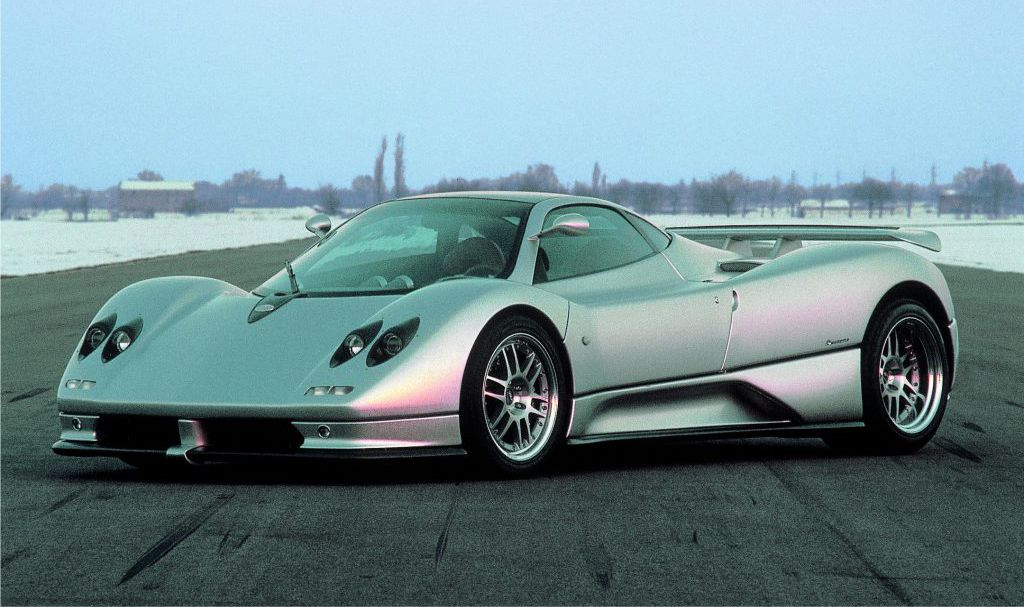 First introduced to the world in 1999, the Pagani Zonda C12 holds a very special place in the supercar world. You see, this was the Italian manufacturer’s very first production model. Designed by company founder Horacio Pagani, the Zonda took seven years to develop. The focus was on extreme design, light weight, and outstanding performance. As we all know, Pagani is still at the forefront of design and performance, so this first offering was simply a foreshadow of things to come.

Because Pagani has always had a close relationship with Daimler, it is no surprise that the Zonda C12’s 6.0 litre V12 was borrowed from Mercedes. With 394 bhp and 570 Nm of torque routed through a 6-speed manual gearbox, acceleration was predictably brisk. Zero to 60 mph arrived in 4.2 seconds, on the way to a 9.2-second 100 mph sprint. The top speed was not quite as impressive, but still impressive at 185 mph. A carbon-fibre monocoque keeps the car down to a feather-like dry weight of 1250 kg.

Mr. Pagani is said to have taken inspiration from the Mercedes silver arrow race cars as he created the shape of the Zonda. That may be, but what he came up with was like nothing the world had ever seen. The extreme design has aged well, too, appearing aggressive and modern to this day. Those tiny side mirrors perched up high on the A-pillars give the impression of alien antennae, while the rear of the car has quad exhaust tips centred under a large wing.  The interior of the car isn’t mind-bogglingly complex like that of the Huayra, instead featuring a simple layout chockfull of carbon fibre.

The C12 paved the way for the entire Zonda line, with the Zonda S being the immediate successor. Just 5 Zonda C12s were produced, with two examples being kept by the Italian carmaker for crash testing and future development. That might make it a little hard to find a nice used example online. Still, it is easy to appreciate the C12 for the mechanical masterpiece it was, even if we never have a chance to see one in person.