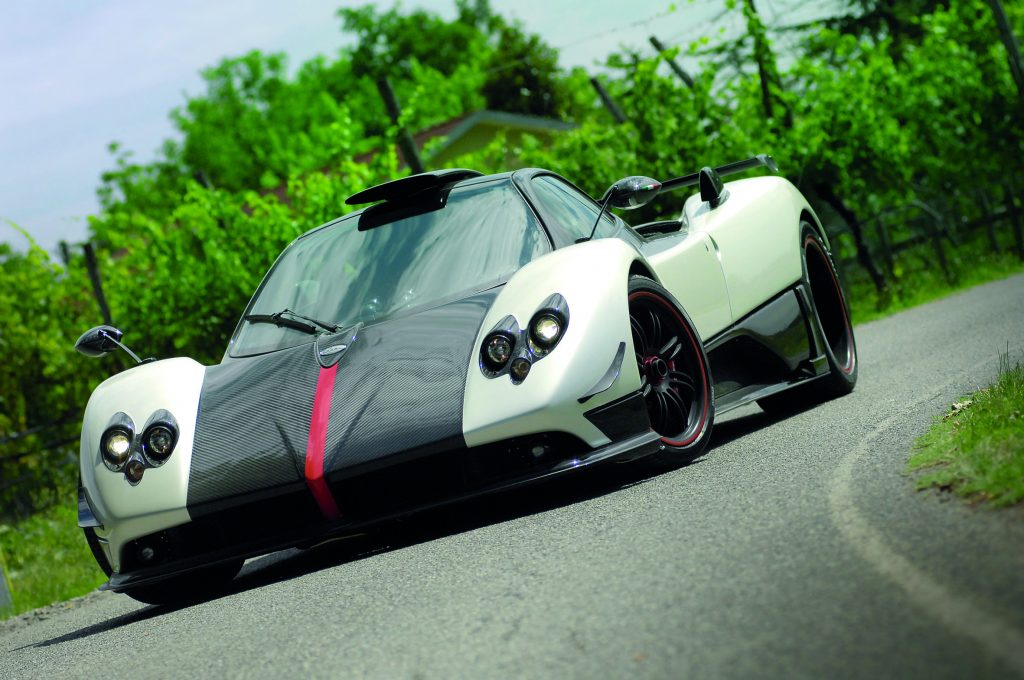 Until the Pagani Zonda Cinque arrived, those wishing for a Zonda R for the road were simply out of luck. Then, in 2009, Pagani played genie and granted those wishes. As long as you were one of the 5 customers chosen for the honour of buying the £1.3 million car, that is. Like the Zonda R, the Cinque (meaning “five” in Italian), is a stripped-down, lightweight, uber-powerful supercar. But with this new model, owners can enjoy its stunning performance outside of the race track. Or, you know, they can show it off at 12mph on busy city streets like seems to happen with so many cars like this.

So, Pagani took a Zonda R and added everything necessary to make it legal for road driving, right? Well, not exactly. While it has plenty in common with the R, the Cinque also possesses oodles of unique features. For starters, there is a new Cima 6-speed sequential gearbox. Thanks to this sophisticated ‘box, it takes the Cinque less than 100 milliseconds to change gears.

This transmission also gives this model the distinction of being the first Pagani to feature shift paddles mounted on the steering wheel.  To increase strength and stiffness, Pagani used new and exotic materials throughout the Cinque. There is carbon-fibre, of course, but also titanium and magnesium in the suspension. Oh, and there is a carbo-titanium blend used on the chassis. All in, the car weighs just 1210 kgs. Of course, there is also plenty of power to push this featherweight around the road or track.

Surprisingly, the Cinque ditches the 6.0-litre V12 from the R in favour of the good ol’ 7.3-litre Mercedes V12 used in various other Zondas.  In this application, power has been increased to 669bhp and 575 lb-ft of torque. This engine is down on power, but up on torque compared to the R. A smart trade-off for a road-going car, I would say. Pagani claim these 5 spectacular cars can accelerate to 62 in just 3.4 seconds, and reach over 217mph, flat out.