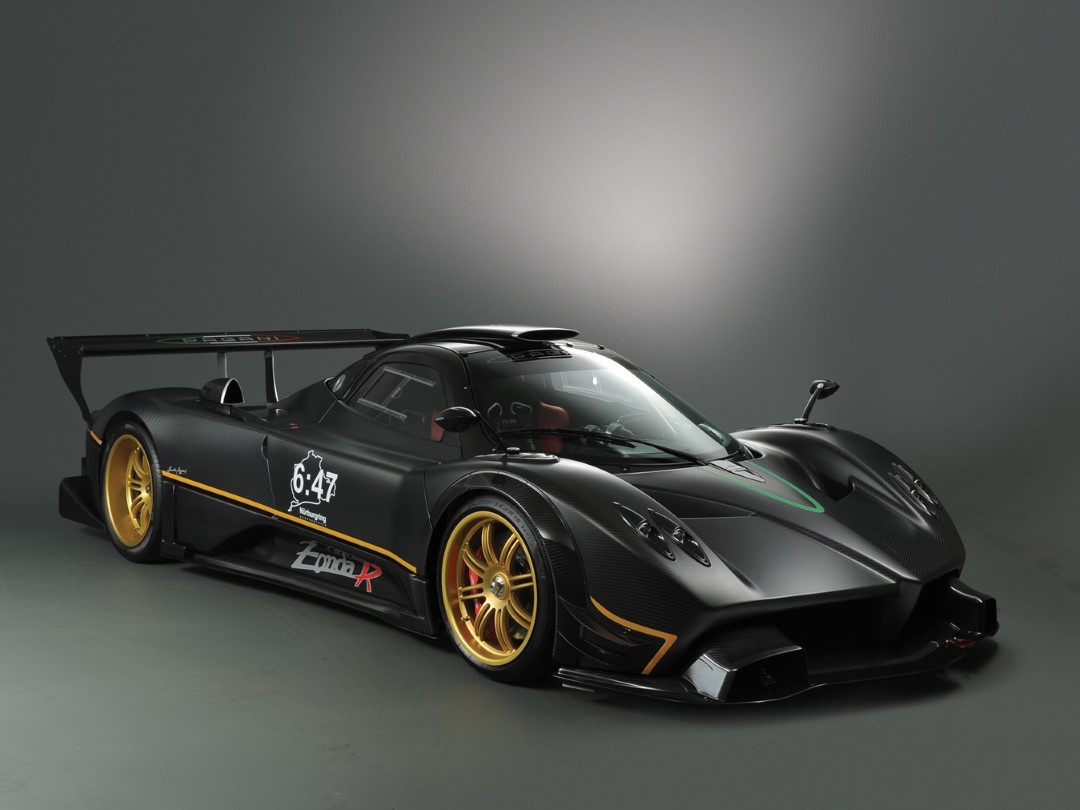 If you couldn’t tell by the name alone, the visual clues should make it clear that the Pagani Zonda R is a car meant for the track. From the huge rear wing and diffusers to the stripped-out carbon fibre interior, this is a purpose-built, non-road-legal racer that competed with the likes of the Maserati MC12 Corse and Ferrari FXX.

I’ll be honest from the get-go: there are just too many performance upgrades to deal with in this review, so I will just touch on the most interesting ones. Surprisingly, the engine is over 1,000 cc smaller than the concurrent Zonda F’s, and there is no forced induction involved. Nevertheless, this 6-litre V12 is a powerhouse. Essentially a de-restricted Mercedes CLK-GT1 motor, this engine develops a spectacular 123 bhp per litre. Pair its 739 horses with a 1,070 kg dry weight, and the performance is brutal. Obviously. Those willing to push this £1.4 million work of art to its limits will experience a 0 to 60 sprint in the mid-2 second range. An insanely quick-shifting XTRAC sequential gearbox has reduced shift times to just 20 milliseconds. Wheelbase has been lengthened by 47 mm, the subframe is completely redesigned, and there are new centre-locking wheels.

The body panels have been updated and revised, with the goal being downforce. Still, the aesthetics aren’t half-bad, if brutalism is your thing. All that downforce makes the 218-mph top speed that much more impressive. Also impressive are the lap times: On 2010, the Pagani Zonda R turned in a 6:47 Nurburgring Nordschleife lap. The Italian company claimed this incredible time was a record for a production-derived car. Critics soon pointed out that because the R isn’t road legal, this wasn’t really a record. Still, at 11 seconds quicker than a Ferrari 599XX’s best effort, no one could claim this wasn’t a very impressive feat.

From 2009 to 2011, only 15 Pagani Zonda Rs were built. Many Pagani aficionados have speculated that the R was a testbed for the newest Pagani mode, the amazing Huayra. If that’s the case, then Pagani must have decided further testing was needed, as two even more powerful versions were developed; the Evolución and then Revolución.