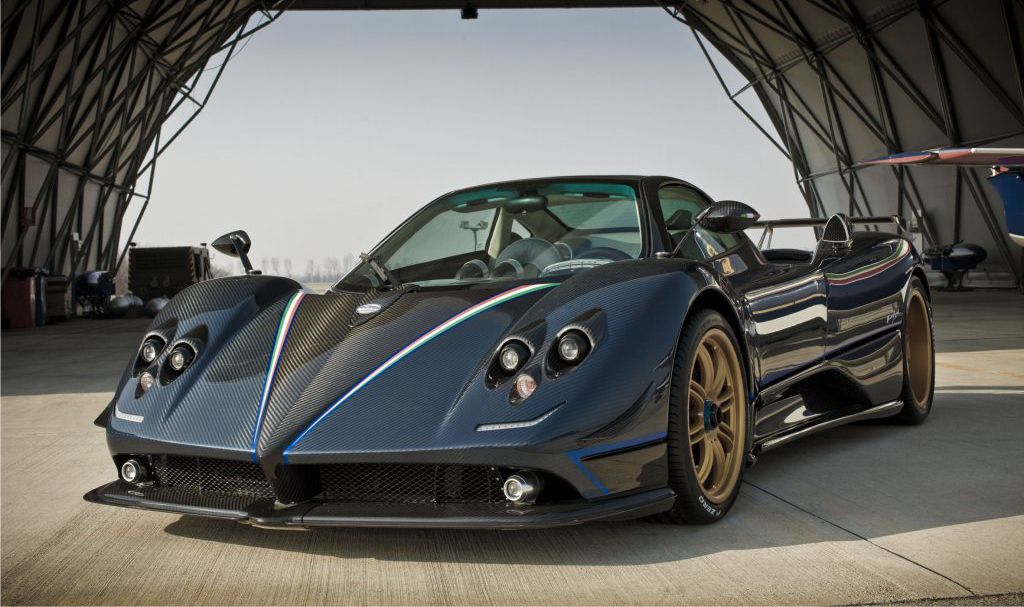 Intended to honour the Frecce Tricolori (Tricolour Arrows), Italy’s military aerobatic team, the Pagani Zonda Tricolore is perhaps the most striking example of the astonishing supercar. As the name would suggest, this very limited run of models features the red-white-and-green Italian national colours prominently in the paintwork. The car’s 2010 debut was timed to coincide with the 50th anniversary of the Frecce’s formation.

ALL ABOUT THE COLORE

When it comes to the Zonda Tricolore, the first thing you have to mention is the wicked paint job. More accurately, it’s a blue lacquer job that gives the underlying carbon-fibre body a wonderous sheen. Of course, it’s not all blue – prominent tricolour lines run across the top of the vehicle.

Another aspect of the Tricolore meant to honour the Italian military aircraft was the rear wing. This piece, shared with no other Zonda, is meant to echo the shape of the Aermacchi MB-339 jet fighter’s tail wing. Just in front of that wing resides a one-off fin attached to the engine cover. Another touch unique to the Tricolore are the gold wheels that complement the blue body panels spectacularly.

Like the Cinque, the Zonda Tricolore used a 7.3-litre V12 that sends it power to the rear wheels. How much power? How does 669bhp sound? 6mph faster than the base Zonda model. The car’s 220mph top speed bests that of the Zonda S by 12 miles per hour – perhaps thanks to that fancy wing. More likely, however, we have the underlying Zonda Cinque architecture to thank. The Cinque lent a its new sequential gearbox and trick carbo-titanium components.

Pagani initially intended to create just one Tricolore model, to be sold to Spanish importier Guarnieri. In the end, however, they wound up making two additional models. And who can blame them, considering the immense sum these special cars commanded. And all were sold at approximately £1.2 million, but because of the car’s spectacular rarity you can expect to pay much more than that if one were to pop up on the market today.