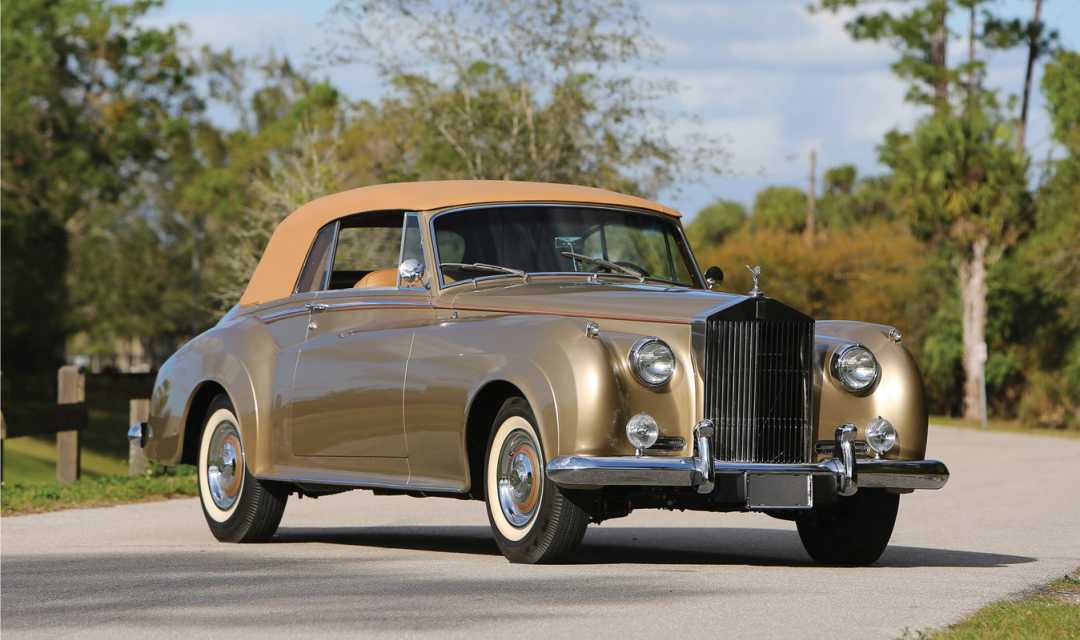 ROLLS-ROYCE SILVER CLOUD – A CLOUD TO OUTSHINE THE DAWN

As the company’s bread-and-butter model for over a decade, the Rolls-Royce Silver Cloud was responsible for keeping the manufacturer afloat. That meant it needed to sell well over the 760 units that its predecessor, the Silver Dawn, did. And when this Silver Cloud dawned in 1955, there was no question that this was a heavily improved car compared to that model. Still made with body-on-frame construction, the new model featured modernized styling that marked a huge departure from the company’s pre-war cars.

The original Rolls-Royce Silver Cloud was nearly identical to the Bentley S1. In the interest of saving weight, aluminium was used on the doors as well as the bonnet and boot lid. Powering the original 1955 version of the Silver Cloud was a 4.9-litre inline-6 making 155bhp. A long-wheelbase version, built with a roughly 100mm-longer wheelbase, was offered for those requiring additional leg space in the rear seat. The car soon became renowned as one of the most luxurious vehicles in the world, with plenty of famous owners such as Elvis Presley and John Lennon.SILVER CLOUD II

After an impressive run of 2,238 cars, the model was revamped in 1959. This marked the first year of the Silver Cloud II. Most notably different was the engine, with a 6.2-litre V8 replacing the I6 of the original model. Power and torque were vastly increased (official outputs were never released), making for a much more pleasant drive. Electric windows became an option during this iteration of the car. While a few complained about the new engine’s harshness compared to the smooth I6, overall, the public approved. Over 2,400 Silver Cloud IIs were made through 1962.

The Rolls-Royce Silver Cloud went through another set of changes for the 1963 model year, becoming the Silver Cloud III. The 6.2-litre engine was massaged slightly, benefitting from new carburettors and a higher compression ratio. Rolls estimated these changes resulted in about 7% more power. There were more updates this time around as well. Those included an updated interior, slightly revised exterior bodywork, and a 100kg weight loss. The Silver Shadow would pick up where the Silver Cloud left off in 1965.