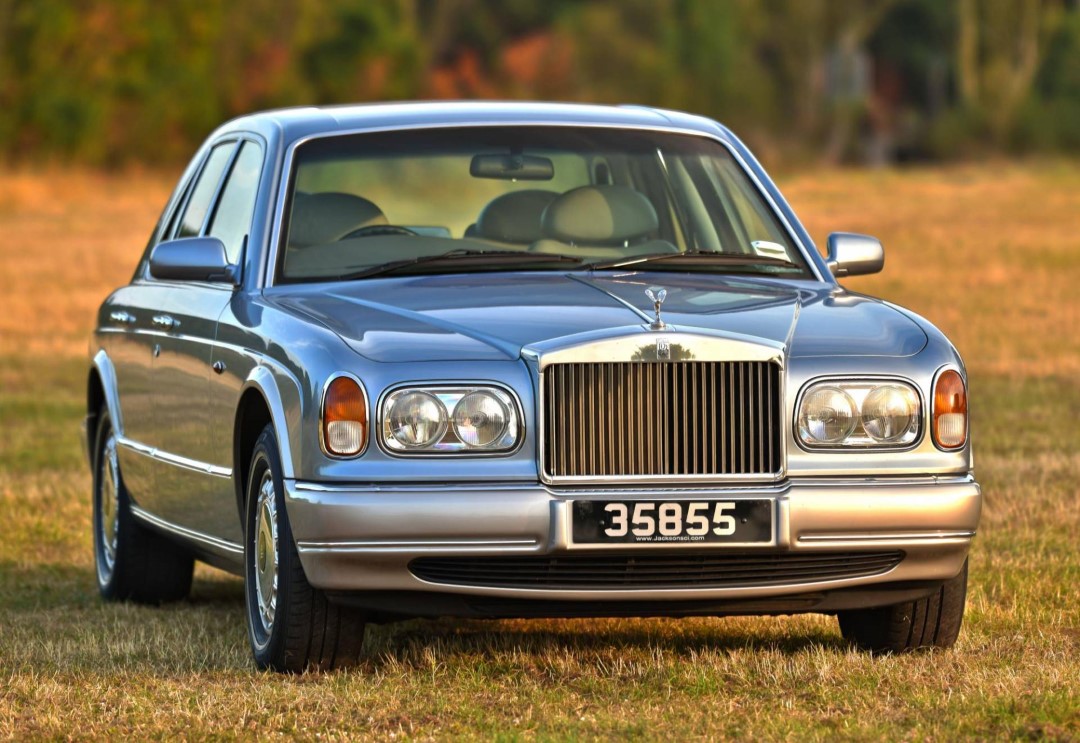 Unlike today, when the Rolls-Royce Silver Seraph came into existence in 1998, the British manufacturer lived on the same family tree as Bentley. That means that the big luxury saloon was a corporate sibling to the Bentley Arnage. In fact, the two models were nearly indistinguishable, especially the bodywork, which was basically identical except for the badges. Rolls-Royce Motors had been struggling to get the Silver Seraph one the road for longer than the model would exist, with the initial design having been drawn up back in 1991. Unfortunately, that doesn’t mean that the end result was exceptionally well built, with a reputation for poor reliability hounding it ever since its debut.

A very welcome feature when the car first debuted, the 5.4-litre V12 reignited the Rolls-Royce V12 tradition that had been forgotten since 1939. Just because it housed a large, powerful engine doesn’t mean this was a quick car, however; the top speed was a sedate 140 mph. Compared to the sportier, twin-turbo V8 Arnage, the Silver Seraph focused on calm comfort. The column-shifted 5-speed automatic transmission would not be rushed, thank you, and the suspension’s sole mission was to subdue pavement imperfections.

While the Silver Seraph is by all accounts a handsome car, the design is small and understated compared to modern Rolls models. Sit them side by side, and the car’s successor, the Phantom VII, looks as though it could just about fit the entire Silver Seraph into its mighty baleen grille. A Park Ward trim was introduced in 2001, squeezing 10 extra inches of interior room into the car, a welcome upgrade for the many owners who preferred to use the backseat rather than drive their Rolls. The handmade interior features acres of woodgrain and Connolly leather, and is of course a very nice place to sit for a while.

Because of Rolls-Royce Motors’ demise and eventual takeover by BMW in 1998, the Silver Seraph would meet its maker after 4 short years of production. The German automaker knew that this model wasn’t going to cut it against competitors like the S-Class, which outshined the Seraph in nearly every way, at a fraction of the cost. The Phantom VII replaced the model in 2003, restoring the glamour and prestige to the Rolls-Royce name that had been missing for many years.