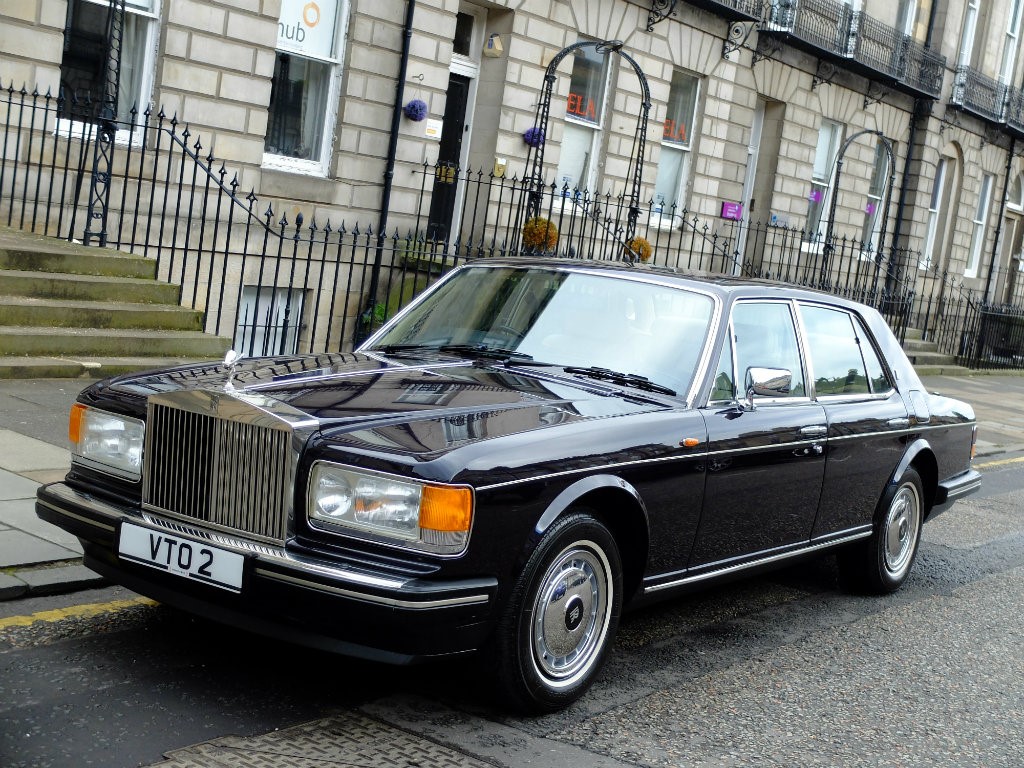 Despite its impressive amenities, the most stunning feature of the Rolls-Royce Silver Spirit is probably its 19-year production run. In an era of ever-shrinking product cycles, nearly two decades might as well be forever. This was much more commonplace for boutique automakers like Rolls-Royce and Lamborghini back in the 1980s, though. And Rolls-Royce still gave the model plenty of attention during that time, with four distinct marks and several offshoot models introduced during that time. Also based on the same platform was the Bentley Mulsanne of the same era. We will describe the general features of each model in succession through the course of this article.

The first version, the Silver Spur Mark I, was produced from 1980 until 1989. Under the bonnet was a 6.75-litre L-series V8. As part of a long line of Rolls-Royce engines, the exact output of this engine was not disclosed. A GM-derived 3-speed gearbox was also standard. The Mark II Silver Spirit debuted in 1989, with some new technology thrown into the mix. Part of the upgrades was an automatic suspension system capable of adjusting the dampers on the fly. Also added in 1989 were fuel injection and ABS. Another GM transmission, this time a 4-speed unit, was swapped in for 1991. Few visual indications showed that this was an updated model – look for a smaller steering wheel and a slightly revised front fascia

Mark III cars started appearing in 1993, with some new tuning giving the V8 a little more power. Also added for this generation were dual airbags and a slightly-revised suspension setup. Larger headlights gave this iteration a more modern appearance. The Mark IV version of the Rolls-Royce Silver Spirit was mainly sold in the U.S. The big news this time was the addition of a Garrett turbocharger. Along with the added power, new bumpers and wheels were added to the mix. Separate models like the Silver Spur, Flying Spur, and Silver Dawn were produced at various times during this run as well. The final Rolls-Royce Silver Spirit was produced in 1999; 19 years after the first. Succeeding this model was the relatively short-lived Silver Seraph.