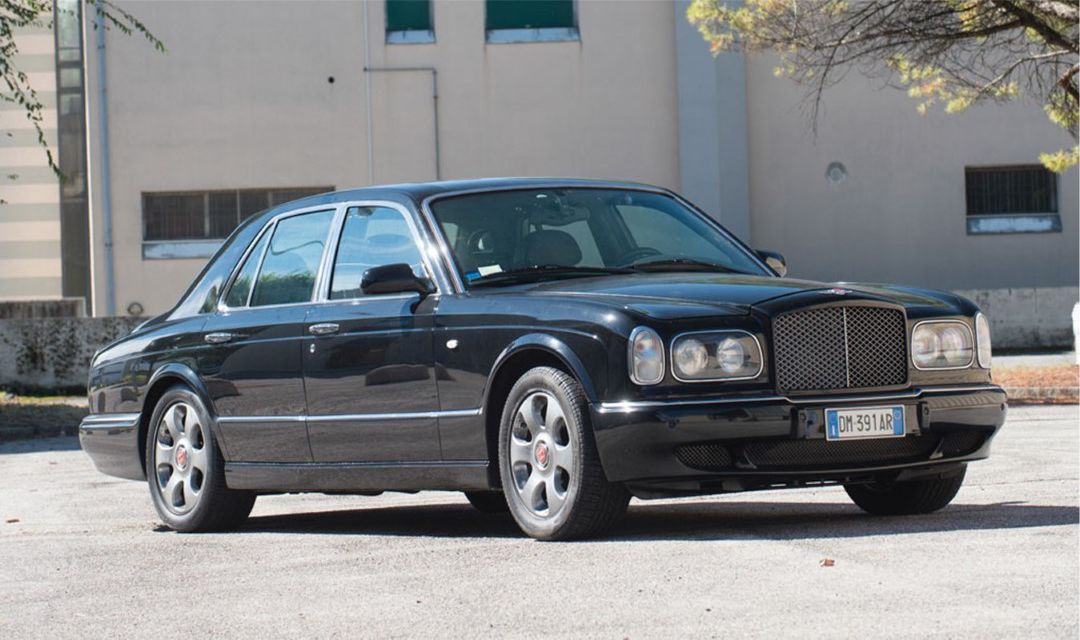 With turmoil brewing over the future ownership of the company, it was highly important for Bentley to get the new Arnage right. The model would make its debut in 1998, shortly before the Volkswagen Group acquired the brand. Never one to forget about its racing roots, the British automaker chose the name Arnage in honour of a corner on the Circuit de la Sarthe, the French racetrack that would later lend the name Mulsanne to the Arnage’s successor.

From 1999 onwards, Bentley employed a very cheery Red Label/Green label system to differentiate between engine options. Red Label cars received the historic 6.75-litre, turbocharged V8 carried over from the Turbo R, while those using the 4.4-litre, twin turbo BMW V8 received the Green Label moniker. Despite its prodigious torque (616 lb-ft), the Red Label Arnage couldn’t keep pace with the Green Label, whose torque rating was over 200 lb-ft lower. So, what gives? Well, it just so happens that the enormous 6 ¾ litre engine caused the Red Label to weigh in at 270 kg more than the Green Label. That’s the equivalent to roughly 360 litres of petrol, or just enough to drive a Bentley Arnage to the shops and back. Thanks to its weight advantage, the Green Label managed a nearly 1-second faster 0 to 60 mph time. With less weight under the bonnet, it also featured a better weight balance, meaning it could out-handle Red Label after it beat it down the straights.

Regardless of the colour of the label, there is still plenty to appreciate about the Bentley Arnage. This being a Bentley, we find Connolly leather seats ready to coddle occupants. Miles-thick carpets ensure that your feet never find a hard surface, while chrome and wood adorn nearly every other surface in the Arnage. The backseat is surprisingly small, although a wood picnic table was offered for each backseat passenger.

The Arnage was the sorely-needed success that the crew at Crewe were hoping for, even with the confusion over the labels and which was supposed to be the superior choice. The luxury and performance aspects that had built this brand were present in spades, while the German-sourced powerplant enticed more buyers than it repelled. After its retirement in 2009, the Mulsanne took over as the flagship Bentley saloon.