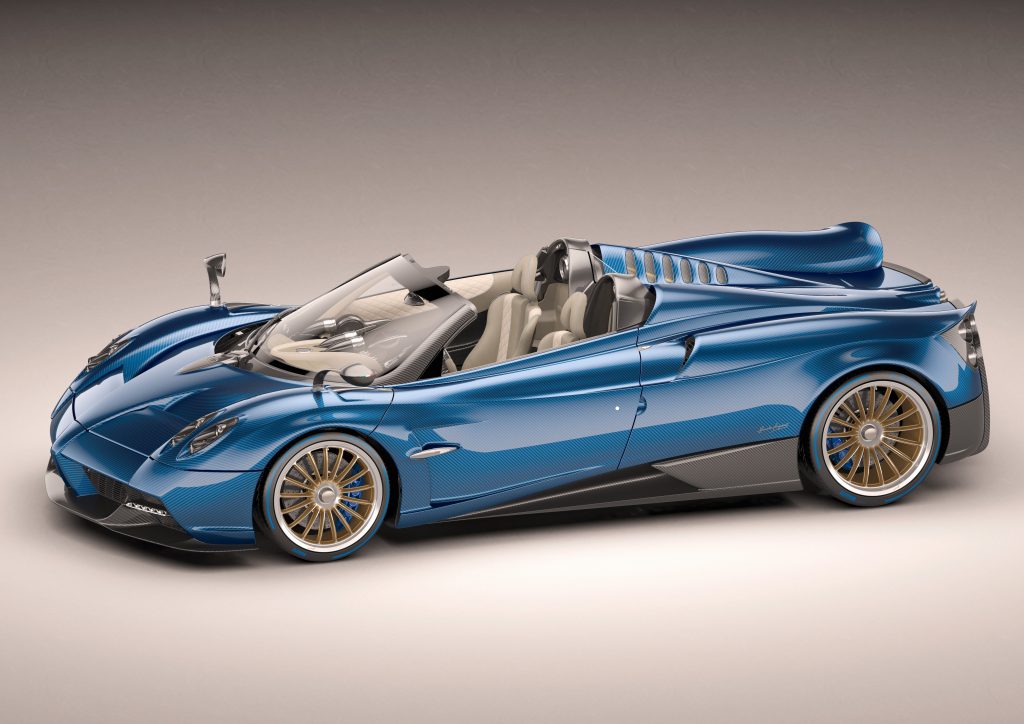 It took Pagani 5 years after releasing the Huayra before they debuted the Huayra Roadster. Compare that to Ferrari, whose 488 Spider came out the same year as its hard-top sibling. Part of the reason is that Pagani is a much smaller company, but another reason is that the Roadster is vastly different than the standard Huayra. Pagani went way above the bare minimum it took to simply create an open-top version of its spectacular supercar.

Even though many aspects of the Roadster are all-new, the 6.0-litre, twin-turbocharged V12 remains. In this application, however, the bespoke powerplant produces 754 bhp; that’s 34 horsepower more than the coupe version makes. Surely that’s needed to offset the weight gain, you must be thinking. Not at all! In fact, the Huayra Roadster manages to be 80kg lighter than the coupe! Part of the reason is that the suspension system is 25% lighter than that of the coupe, thanks for its aluminium-alloy construction.

Inspiration for the Roadster was taken from the track-focused Huayra BC, which packed in enough high-tech features to blast into space. In addition to the suspension, the chassis is new as well and consists of a titanium- and carbo-triax monocoque. This futuristic material consists of fiberglass and carbon-fibre and Pagani claims it helps increase the chassis stiffness by 52%. With help from its Pirelli P-Zero tyres, the Roadster claimed to be capable of generating 1.8G of lateral acceleration – more than any other road car.

There are some new design elements as well. The wheels are new as well, as is the rear body design. Because of the removable roof, the gullwing door design had to be scrapped in favour of conventional doors.

At a mere £2.3 million, it’s no wonder the 100 examples were all sold out when the car was announced. All jokes aside, the Huayra Roadster has become of the most insane and exclusive supercars in the world. Its price and rarity means that few people will ever have the chance to experience this vehicle, but, luckily for us, simply reading the specs and staring at the pictures is enough to give you the chills.