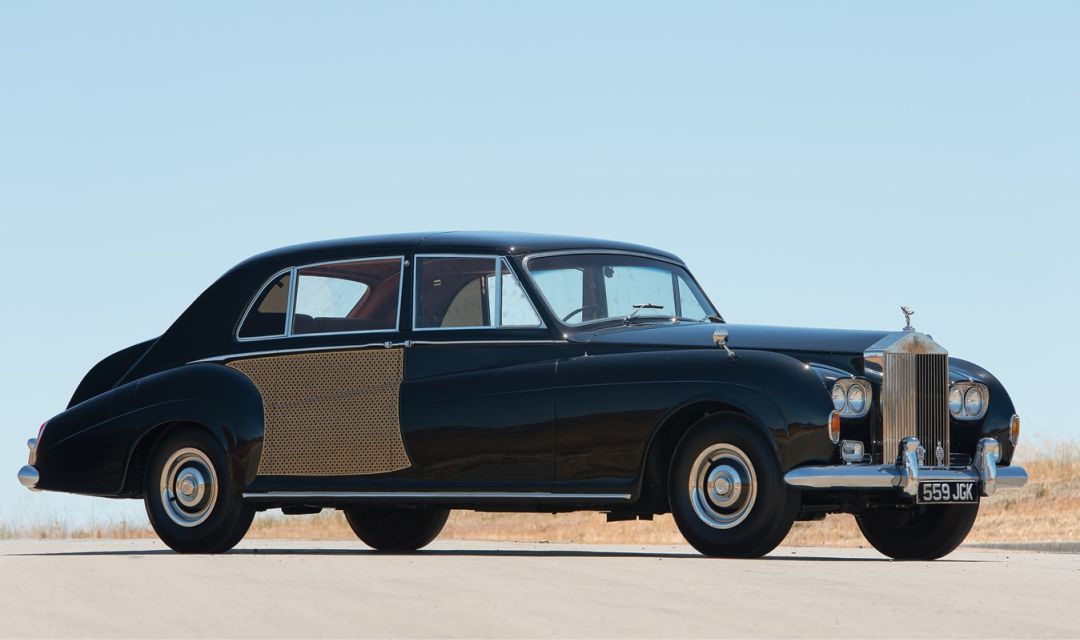 ROLLS-ROYCE PHANTOM V – PYSCHEDELIC OR STATELY, THIS IS ONE SPECIAL ROLLS

In simple terms, the Rolls-Royce Phantom V is a longer, more luxurious version of the Silver Cloud II. Compared to that model, however, the Phantom is très exclusif.  In fact, there were only about 1/10th as many built compared to its more common sibling. To give you an idea of just how special the car’s clientele were, the Phantom V was built with a special low-range gear that was perfect for use in parades and other such walking-speed ceremonies. Because of its rarity, it had many famous owners, including John Lennon (complete with its gypsy-inspired paint job), Queen Elizabeth II, and Elvis.

Propelling the big limousine along is a 6.2-litre V8 designed and manufactured by Rolls-Royce themselves. It may not surprise you to learn that this powerplant was shared with the Silver Cloud. For those wanting slightly more power in their luxury barge, models built after 1962 were given a slightly more powerful version of that V8.

What wasn’t shared with any other model was the sheer size of the car. At 20 inches longer than the Silver Cloud, the Rolls-Royce Phantom V dwarfed just about anything else on the road. And its kerb weight of over 2,500kgs (5600 lbs) was matched by correspondingly huge drum brakes at each corner. Meanwhile, power steering helped drivers manoeuvre the big beast in parking lots, or, more likely, royal processions.

Rolls-Royce was still using outside coachbuilders to design and build the bodies of their cars at this time. Those duties were given over to three builders during the course of the Phantom V’s run: H.J. Mulliner (8), James Young (217), and Park Ward (607). You can identify the James Young body styles by the more drastic sweeping body lines along the side of the vehicle.

Built between 1959 and 1968, the Rolls-Royce Phantom V was a very rare car, although not quite to the extent that the Phantom IV was – only 18 of those were ever built. In total, just 832 Phantom Vs rolled off the production line. The Phantom VI would pick up where the V left off, staying in service for an incredible 22 years.