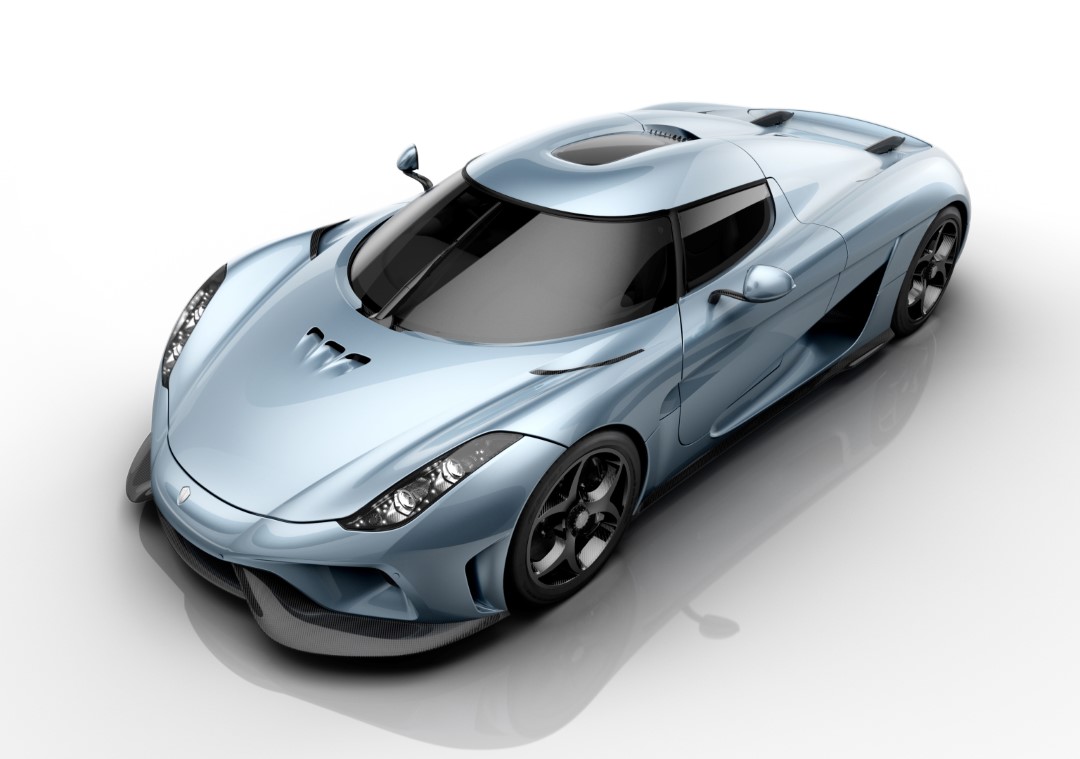 After building some of the most intense supercars extant, Koenigsegg decided to change things up and build a nice, comfortable hybrid called the Regera. Well, that statement might be selling the car short, actually. While it is a hybrid focused more on comfort than the One:1 or Agera RS,  it is nothing short of a brutal performer, with 1,500 bhp on tap. Sounds like quite the combination – let’s dig in.

So, how do you go about making a 5.0-litre V8 develop that much power? Well, if you are Koenigsegg, you add two turbochargers and three electric motors powered by a Rimac battery pack to the equation. The combined output is rated at 1,500 horsepower and 1,475 lb-ft, all in a car that weighs 1,590 kg. The transmission is no less interesting: Christian von Koenigsegg invented an entirely new kind of gearbox for the Regera. Called Koenigsegg Direct Drive (KDD), this is a single-speed unit with a 2.73:1 reduction ratio. In total, the fancy KDD and electric motors added only 88 kg to the weight of the car, compared to using a more traditional engine/gearbox setup. The insane power and light weight allow the car to achieve an incredible 249-mph top speed, along with a zero to 300 km/h time of just 10.9 seconds. Unbelievable.

NOT ONLY ABOUT THE POWER

Sounds pretty intense, right? Well, it can be, but the Regera can also function as a comfortable cruiser, too, thanks to a plethora of new luxury features not seen on Koenigseggs of past. Inside, the Swedish company has added more sound insulation, more comfortable memory foam seats, a new entertainment system complete with Apple CarPlay and Wifi, and new, softer engine mounts to reduce vibrations at low speeds. Reviewers have all noted that the Regera features a much suppler low-speed driving experience than prior models.

Christian von Koenigsegg has rightly concluded that many wealthy supercar buyers don’t always want to have their fillings knocked out by a punishing ride as they drive around town. He built the Regera for those who want to have their 1,500 horsepower but also want to be able to go to the shops or take to the highway for more than 100 miles without needing a break. While I’m not sure a 250-mph rocket could ever really be considered a GT car, it certainly has similar aspirations.