Not so many years ago, Aston Martin was a brand in a quandary, unsure as to whether its cars were ‘gentleman’s cruisers’ or genuine supercar material. That’s all changed with the current range, which features some of the finest cars from any factory, and things are taking a step further with the launch of the quite magnificent Aston Martin DBS Superleggera.

Aston Martin has always been a brand that combined speed and luxury, and the new DBS – which will become the marques fastest ever production vehicle with a top speed of 211mph – is no exception. Aimed at rivals such as the splendid Ferrari 812 Superfast, which boasts similar performance, this is a car with serious intentions.

Aston Martin has some very potent track cars in its range at the moment, but the DBS Superleggera – the DBS tag harking back to Aston’s of James Bond fame from the 60’s, the ‘super light’ Italian label a deliberate dig at its Maranello rivals and a reference to the carbon fibre body parts that keep the weight to a minimum – is built for the driver to exploit on the road.

While its direct Ferrari rival boasts a quicker 0-60mph time, the DBS is faster between 50-100mph, an important speed range for fast road driving. Powered by a magnificent 5.2litre V12 engine featuring twin-turbochargers, this is an Aston Martin to get people interested, and a car that firmly intends to corner the market in the Super GT category.

The Aston Martin DBS Superleggera follows the style of the current range of models, which is a sensible choice given they are some of the most beautiful and purposeful cars on the roads today. Stylish, with curves in all the right places and a sense of brutishness coupled wit downright beauty,

The DBS Superleggera will go on the market at £225,000, making it a very competitive choice alongside its Ferrari rival which is listed at some £35,000 more. As a standard production model there will be no cap on production, and it is expected to be a very popular flagship for the brand. 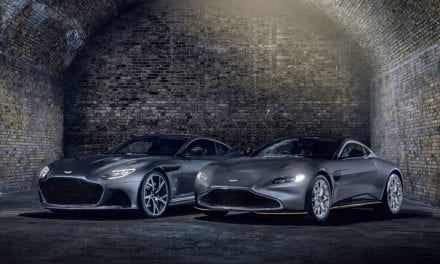