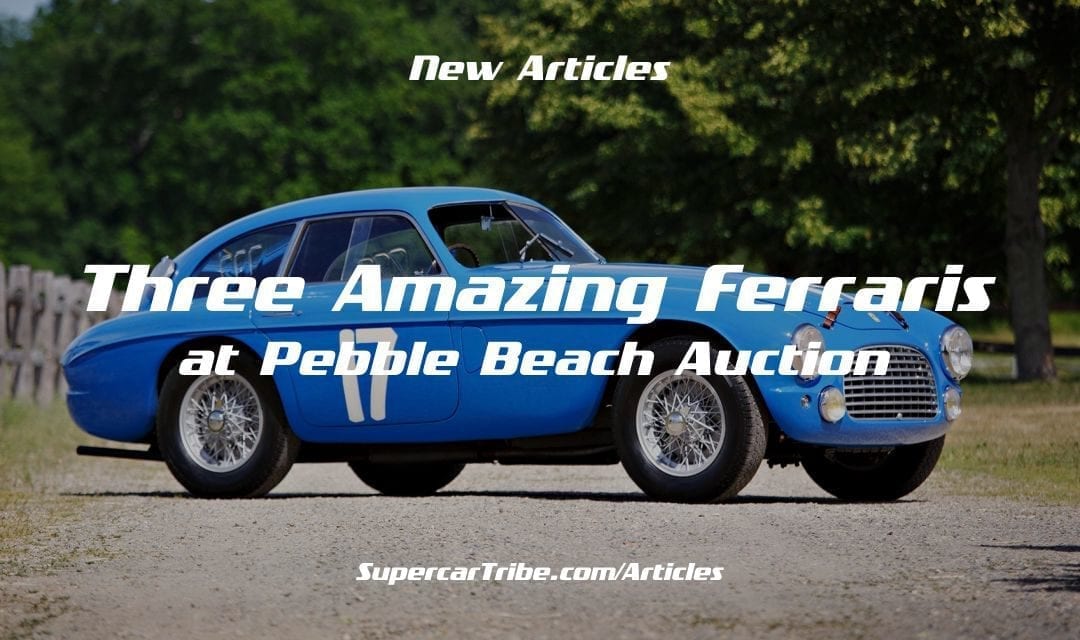 Sometimes an auction catalogue offers a very special collection of motor cars, and Goodings & Company’s August 2018 example, to take place at the celebrated Pebble Beach on the 24th and 25th of the month, includes a selection of three stunning and hugely desirable Ferraris from a golden period of motoring.

The models involved are some of the most sought-after of all cars to emerge from the Maranello factory, and cover the years 1950 – just three years after the very first Ferrari was built – to 1966, when Ferrari was enjoying huge success on the track and with its delectable road cars. All three examples are competition-specification road cars, and three of these together is an event that will likely never happen again.

The oldest – and perhaps the most desirable – of the three models on offer is a 1950 Ferrari 166MM, campaigned by the factory in period and later owned by fabled US driver Briggs Cunningham, who raced it successfully in the USA and South America. In stunning condition, this is a very rare car indeed – only six were built for competition by Ferrari – and carries a guide price of between $6.5-$7.5 million.

The 1959 car is a quite beautiful, and extremely rare, Ferrari 250GT Tour de France. This car, chassis 0905 GT and one of just 36 built, features some unique attributes making it a very popular car with collectors. Raced in the Targa Florio in 1958, it has since been a winner at the Palm Beach concours d’elegance, and is expected to fetch a similar figure to that above.

The third of this quite spectacular trio is a 1966 Ferrari 275 GTB/C, this particular example being built for the famous North American Racing Team run by Luigi Chinetti, and featuring perspex windows and a lightweight aluminium body, as befitting a car built for track use. Notable later owners include none other than former Formula One boss Bernie Ecclestone. The most valuable of the three, this car carries an auction estimate of between $12 and $14million.

There are likely to be few auctions featuring such a trio of exquisite and rare Ferraris, so this one is worth watching.