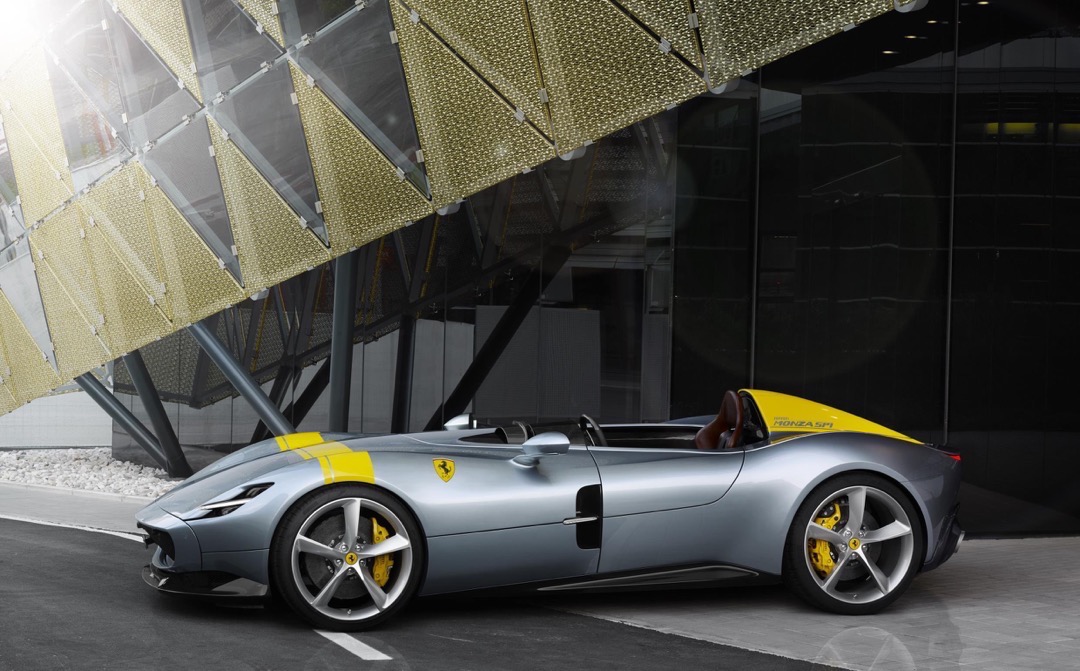 FERRARI MONZA SP1 – THE BEGINNING OF SOMETHING ICONIC

There were probably a few different inspirations for Ferrari in deciding to create the new Icona series of cars, including the Monza SP1. Sure, creating such an outrageously beautiful and insanely fast car has to be a lot of fun for the designers and engineers. However, watching a parade of classic Ferraris selling for record amounts at auction has to be part of it as well. And that’s why creating this new series – with such models as the 750 Monza and 250 Testa Rossa as inspiration – was such a grand idea. After all, if there is one thing besides supercars that Ferrari knows, it’s how to make money. And with a production run of 499 Monzas selling at roughly $1.75 million (£1.6 million) apiece, it should make a lot.

If you haven’t picked up on this fact from the name, the Monza SP1 features a single seat – no passengers allowed. And, by creating a modern version of the low-slung speedster bodywork used on those early models, Ferrari made the Monza a true stunner. The lack of a windshield also gives the Monza a wickedly streamlined profile. If any car looks like it’s going a million miles per hour when standing still, it’s this one. And, it might be hard to tell from photos, but there is a miniscule, vertically-opening door to makes ingress and egress slightly easier.

As you can see, the design on these cars makes a huge splash. But don’t for a second think that these cars won’t shove your eyeballs into the back of your head the second you floor it, like a good Ferrari should. To start things off, we have an 810-hp (604 kW) version of the 812 Superfast’s V12. With 530 lb-ft (719 Nm) of torque helping out, the 1500-kg Monza SP1 is predictably insane. The run from 0 to 62 mph takes just 2.9 seconds; the same as in the Superfast.

The top speed, meanwhile, is well under the 812’s lofty 211-mph figure at 186 mph (299 km/h). Perhaps it’s the gearing, or the fancy new bodywork’s poor aerodynamics. I don’t think it will matter much either way, as I can’t imagine many people would find the proposition of traveling over 186 miles per hour in an open-cockpit speedster very appealing.