As the newest iteration of Ferrari’s mid-engined V8 supercar, the F8 Tributo has an impressive history to live up to. That means that Ferrari had to make it as close to perfect as possible. But look a little closer, and that shimmery new body, as well as everything underneath it, begins to look a tad familiar. That’s because the F8 Tributo, while billed as a new model, borrows heavily from its predecessor. But with a predecessor as good as the 488 GTB, is that really a bad thing? Let’s dig in to find out what upgrades the F8 received to keep things fresh.

Powering the Tributo is the familiar 3.9-liter V8. Used in several other applications, this engine provides the F8 with a staggering 710 bhp and 568 lb-ft of torque (720 cv and 770 Nm). Yes, those are the same power figures as in the 488 Pista. A nice, 88-lb weight loss complements those figures, providing the F8 with some impressive performance stats.

Before we get to just what those numbers are, however, we must discuss some other key new features on the F8 Tributo. Chief among them is the new software. For example, we have the newest generation of Ferrari’s Side Slip Angle and Dynamic Enhancer programs. These programs keep the car on the road as drivers perfect their tail-out shenanigans. It’s the perfect setup for a 710-bhp, £200,000 supercar. The official performance figures stand at 2.9 seconds for the 0 to 62 spring, while the top speed is a breezy 211 mph. Those figures represent improvements of .1 seconds and 6 mph over the standard 488 GTB.

Inside and out, the F8 Tributo has been prodded and tweaked, looking just fresh enough to justify the new name. The interior, for example, is completely changed, with new screens and switches for both driver and passenger. Stepping outside, the F8 definitely bears a family resemblance to the 488, but with substantial differences. For instance, the revised rear end now features 2 tail lamps on either side as well as a dashing louvered rear window. At the front, the car features a bonnet scoop, similar but much more subtle than the one used on the Pista. 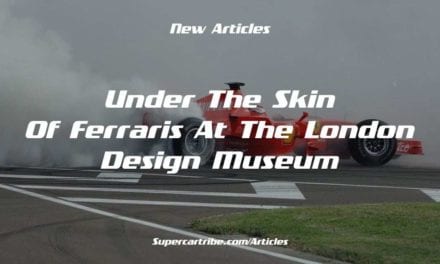 Under the skin of Ferraris at the London Design Museum 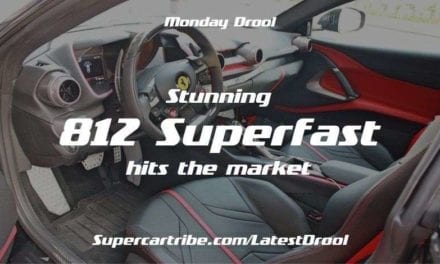 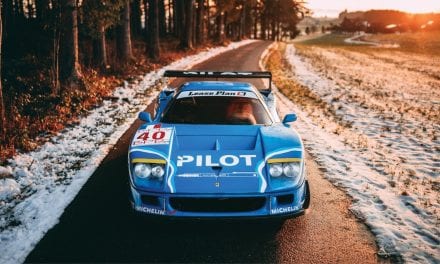