There are few cars that genuinely deserve to be called ‘legendary’; the Ferrari 250 GTO is certainly one. Designed as a racing car that could also be used on the road, the 250 GTO Is widely regarded in classic car collector’s circles as one of the greatest cars of all time, and the finest to have been produced by the Maranello factory. Sleek, beautiful, and stunningly fast, it is also the ultimate collector’s car.

With just 36 Ferrari 250 GTO examples ever made, when one comes to the market it is guaranteed to cause a stir. That’s precisely what happened when chassis 3378GT became available in 2017, but what follows shows just how highly originality is regarded at the upper end of the car collecting world.

The Case of the Missing Gearbox

This Ferrari 250 GTO – in metallic blue rather than the usual Ferrari red – has a racing provenance that includes 2nd in class in the 1962 24 Hours of Le Mans, as well as no fewer than 16 further podium finishes with a wealth of top talent at the wheel, including 1961 Ferrari F1 World Champion, the American Phil Hill.

In October 2017, 3378GT became the most expensive car ever sold in a private transaction, when the world-renowned classic car dealer Gregor Fisken paid an astonishing $44million for the Ferrari. However, the transaction involved a complication. Chassis 3378GT was sold to Fisken by an American lawyer and car collector by the name of Bernard Carl, but without the original transmission. It’s here we see the fanatical attention to detail that typifies the classic car world.

Fisken claims that as part of the deal, Carl would locate the original transmission and present it to him to go with the car.  Now, the transmission’s owner wanted – so the story goes – a fee of $25,000 for ‘releasing’ the part to the new owner. Fisken insists the agreement was that Carl should have handled – and paid for – this part of the deal. Carl, on the other hand, believes Fisken should have personally seen to the deal, and that he also owes Carl a further $500,000 for locating the part for him!

To further complicate matters, the car has now been sold by Fisken to a new owner – you can guarantee that when a renowned dealer such as Fisken buys a car of this pedigree he has a buyer in mind already – and Carl now claims that as he no longer owns it, all agreements regards the sale are null and void.

The case is now with the High Court in the UK, where judges will decide whether Fisken is owed the transmission, or if Carl is rightfully owed the moneys he claims. The decision should be made in the next few days.

The moral of the story is, we believe, that if you’re going to pay $44million for a car, make sure all the right parts are there before you hand over the money. 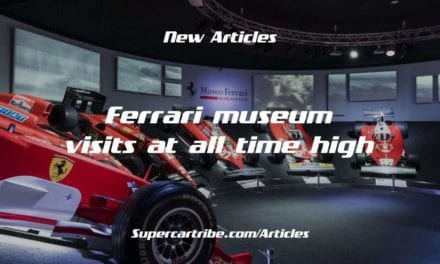 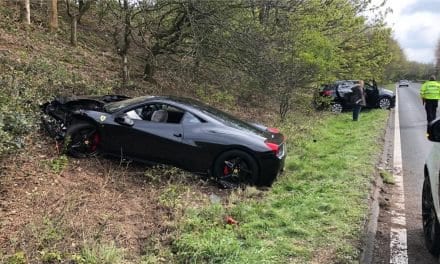