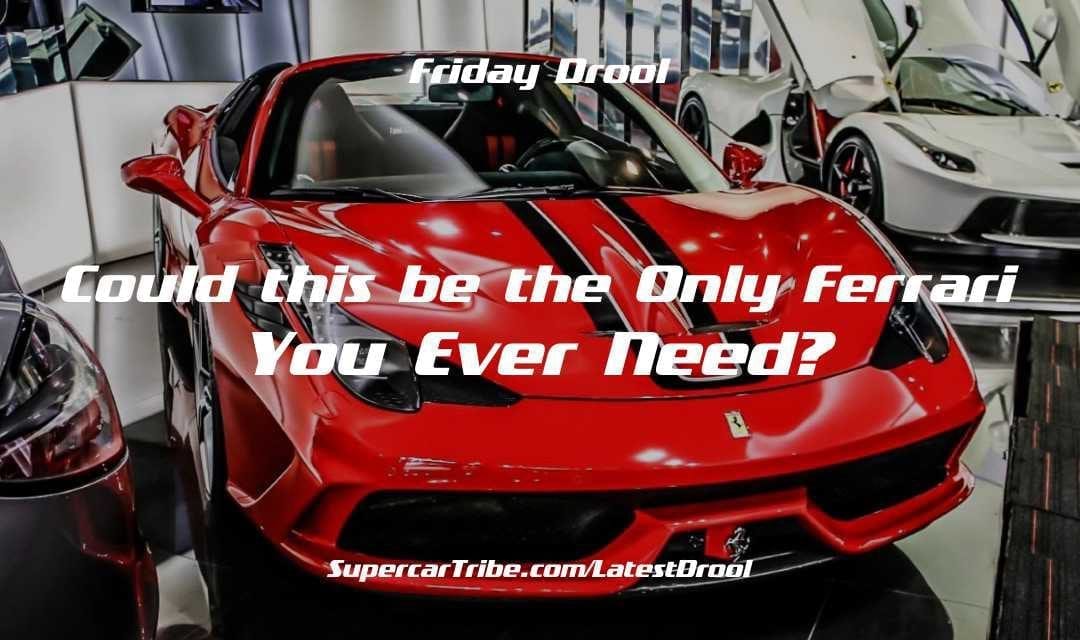 Today we find ourselves salivating over this listing in Dubai for a 2015 Ferrari 458 Speciale A; what most consider to be the ultimate version of the 458. This car really has it all: reduced weight, increased power, and an open top that allows drivers to listen to the glorious soundtrack provided by the most powerful naturally-aspirated Ferrari V8 ever. Ferrari made only 499 Speciale As, and that limited production run means that values shot up soon after all of the new models were sold out.

The 458 Speciale is set apart from the standard 458 by a huge list of performance and styling upgrades. Too many to list here, in fact, so I will just cover the most important ones. Ferrari upgraded the Italia’s 4.5 litre V8 to produce 596 bhp at 9000 rpm – that’s roundabout 35 more than in your run-of-the-mill 458 Italia, and enough grunt to propel the Speciale A to a top speed of 199 mph. Distinct forged wheels, spoiler, bonnet, and bumpers help set the Speciale A apart from its less “special” 458 kin. Appealing to the hooligan in all of us is the SSC (side slip angle control) system, which manages the slip angle in real time using sophisticated sensors which adjust the car’s angle using the torque distribution between the wheels. This means that even average drivers can push the 458 to its limits while this electronic nanny ensures that the car stays out of the hedges.

This gorgeous black-on-red Speciale A is on offer at Alain Class Motors. Here is how they describe this top-of-the-range 458:

FERRARI’S MOST POWERFUL NATURALLY ASPIRATED V8 EVER! The 458 Speciale A (A as in Aperta) new limited edition special series is a celebration of the dazzling success of the various versions of the 458.

And while precious few details of this particular car have been listed as of this writing (mileage, price, origin), it appears to be in spectacular condition and well worth heading down to the showroom if you are in the Dubai area. Heck, for a car this unique, it’s probably worth the flight even if you’re not already in the area! And if this Speciale A doesn’t strike your fancy, plenty of other amazing cars are on offer, such as a 599 GTO, FF, and even a LaFerrari. So, does this car really offer everything one could desire in a Ferrari? Probably not, but you would be hard-pressed to find one that comes as close, in my opinion.

The car is available at Alain Class. Be Quick! Friday Drool – A Rare Chance to Own a One-Off Ferrari