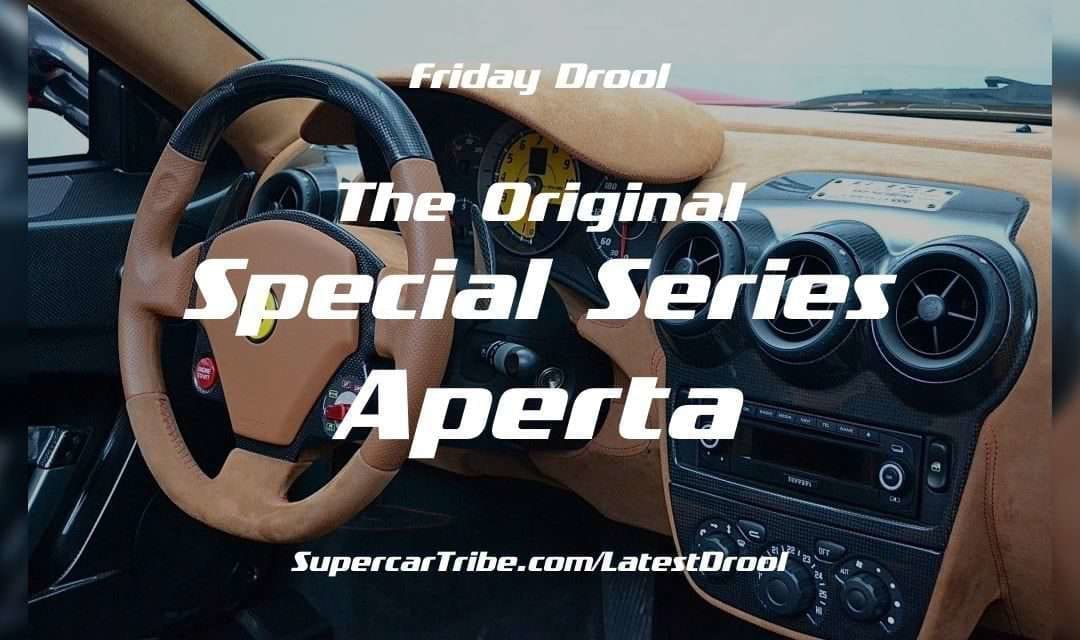 For many, Ferrari is the ultimate sports car, and that ultimate must have a V8. The Ferrari F430 Scuderia 16M certainly ticks both those boxes, but there are a few more that notches up the dial in the special category. Of course, it’s a Special Series Model, something that kicked off with the mind-blowing 360 Challenge Stradale that came before. Let’s not forget that this is a limited series model too, with all 499 cars already sold before anyone could enquire.

But the biggest bonus was that unlike its predecessor this was a Spider version, or Aperta as Ferrari like to call it. Roof down, driver and passenger have direct uninterrupted access to one of the most glorious V8 sounds ever made. I remember a blast I experienced in a 360 Challenge Stradale, and my God! My ears are still ringing after all these years. But the Scuderia 16M offers an experience that sadly Ferrari never offered for the 360.

The name Scuderia 16M is unusual, and not obvious until it’s pointed out. Back in 1999 when the car was made, Ferrari had won 16 F1 Constructors titles, and so this car was named in honour. Sadly, since then we have seen many replacements to this car, but no more titles won. It’s a shame really, and hopefully will see a change of fortunes.

It’s hard to believe that the Scuderia 16M is nearly 20 years old, so when a great spec one owner car becomes available, it’s a rare treat! This stunning car is available at Firstgear Speed and Luxury Cars in Germany, with a mere 8,776 km since new. Here is what they say about it:

The Scuderia Spider 16m, Ferrari produced the 16m to the 16th World Championship title of the Scuderia in Formula One.

This vehicle became the first lightweight construction you could drive on public roads.

At the same extreme limited to only 499 pieces.

The basis of the 16m was the F430 Scuderia which was developed in cooperation with Michael Schumacher.

The two vehicles also have the same 510hp engine and the 60 millisecond F1 transmission.

The 16m we offer is EU first delivery, with all required documents.

Rosso Corso with the Tricolore flag over the body, interior on special request with the beige Alcantara and with the red stitching and the Red Cavalino in the seats, Golden Scuderia magnesium rims and the JBL Audio.

Furthermore, everything was already standard on the 16m as well, carbon front lip and diffuser, a complete carbon fiber interior, racing seats, and carbon engine compartment.

I have to say this is one of the best Scuderia 16m models that I have ever seen, with a stunning interior and exterior combination. I especially love the gold alloys and the Tricolore stripe. Perfect on the car.

Bravo to the original owner, and one can only imagine what replaced this in your garage!

The car is available at Firstgear Speed and Luxury Cars in Germany. 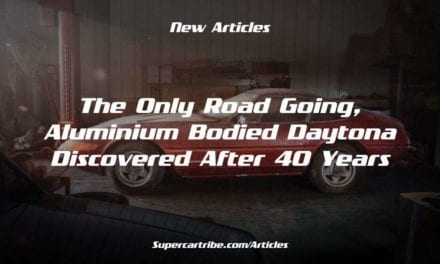 The only road going, Aluminium bodied Daytona discovered after 40 years