Crashing a car is always an embarrassment, but when that car happens to be your 1990 Ferrari F40 – one of the most iconic and legendary supercars of all time – you have a right to feel sheepish.

That’s what happened to Dr Navraj Heran, proud owner of a beautiful red F40, in Canada in 2012. He made heavy contact with a roadside pole that caused an estimated $1million worth of damage to his pride and joy, and now he is at loggerheads with his insurance company, which refuses to pay the full cost of the repairs.

Dr Heran is a renowned collector of Ferrari’s and enjoys driving them regularly, and he is claiming that the insurance company – in delaying the claim as they believe the amount he is claiming is excessive – has caused him embarrassment among the collectors’ community.

He claims the absence of his beloved car is also ‘unsettling’, and is pursuing a full claim for $982,000 – the full cost of the repairs. ICBC, the insurance company involved, claims that this is excessive as the car is valued at $696,000.

The judge hearing the case agreed that the claim may not have been handled correctly, but asked for the ‘frivolous’ claims of embarrassment to be removed from the claim itself.

Too Long to Claim

The basis of the claim is that Dr Heran believes ICBC took too long to process the claim, which he says prevented him from buying more vehicles to add to his collection. The company has paid $790,000 towards the repair of the Ferrari F40, and is refusing to pay further, explaining that ‘the plaintiff is seeking compensation for the repair costs beyond what was covered by his insurance policy’. 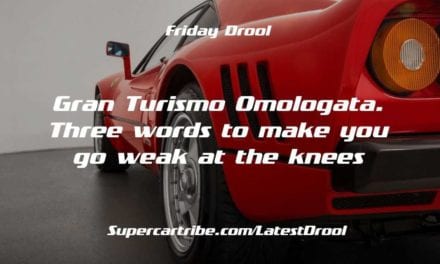