The classic Sebring 12-hour Endurance race got off to a dramatic start when, less that 20-minutes into the race the No.64 Ferrari GTE saw its race come to an end with a spectacular accident.

Amazing pictures show the car landed on its roof, the driver getting away unharmed. Team mates Townsend Bell and Bill Sweedler could only look on as their hopes of class victory in the prestigious event were laid to rest.

The race itself was a close-run affair, as is often the case in the very competitive IMSA series, and was eventually won by the Tequila Patron Nissan, by just a few seconds from the favourite Cadillac. With many incidents interrupting the race – not least that affecting the Ferrari 488GTE – it was one for spectators to savour.

Ferrari’s did see some success in the GTLM and GTD class, but no overall class victories were recorded this year for the Maranello marque.

The Sebring 12-hours is a classic endurance race, having first been run as long ago as 1951, and has seen many illustrious winners across the years.

Ferrari stands second overall in the list of winners, with 12 victories; the first came in 1956, when Eugenio Castellotti and the great Juan-Manuel Fangio took a Ferrari 860 Monza to a fine victory, while the latest was in 1988, a race in which Didier Theys, Gianpiero Moretti and Mauro Baldi drove the glorious Ferrari 333SP to a popular overall win. 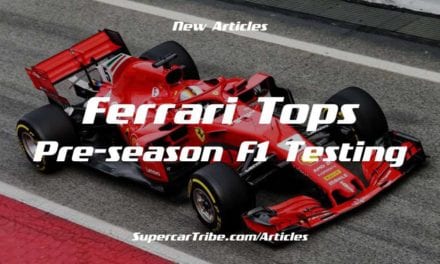