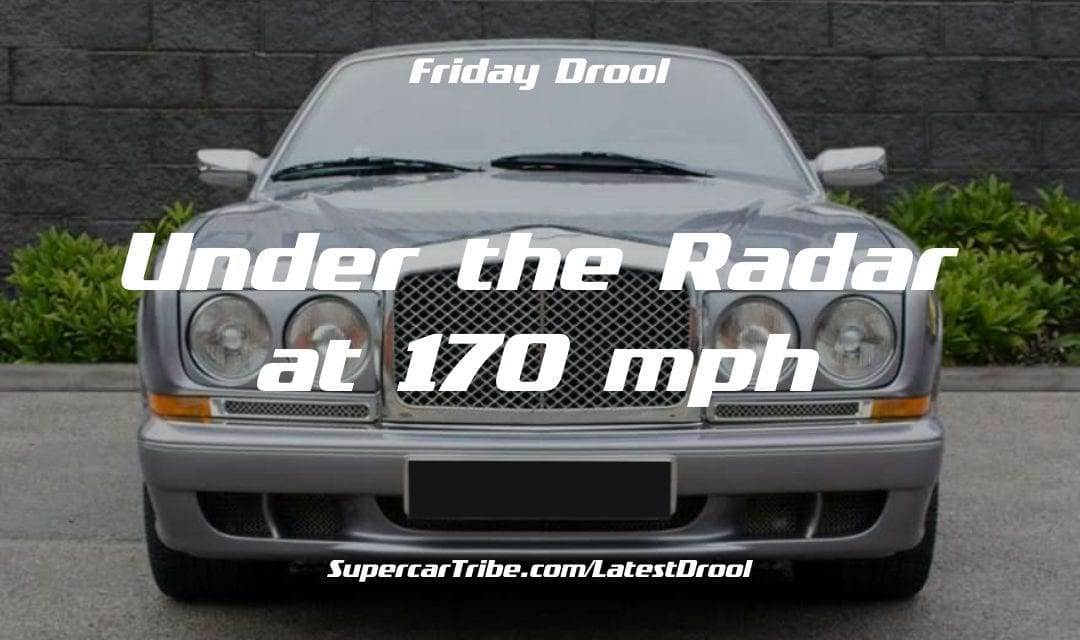 Before the Continental GT burst on the scene in 2003, there was the less conspicuous Continental R. With its old-school styling that had been in use since way back in 1991, the Continental R doesn’t turn heads the way the GT can. And for some of us, that’s just the way we like it. If you are the kind of person who likes to enjoy your luxury coupe in relative privacy, take note, because today we are examining a subtle-yet-gorgeous, super low mileage Continental R Mulliner in wide-body spec.

For those who wanted it all; the long-wheelbase of the Continental R as well as the higher-power engine from the Continental T, Bentley offered the Continental R Mulliner starting in 1999. Power was delivered courtesy of a 6.75-litre, turbocharged V8 borrowed from the Turbo R. Its 420 horsepower and 650 lb-ft of torque were good enough to send the Continental to 60 mph in 5.6 seconds, on to a top speed of 170 mph. Not bad figures for a vehicle weighing in excess of 2400 kilos!

This particular example is currently for sale at DDClassics in Brentford. Here is what they have to say about it:

Our car, which is number 139 of the 148 Continental R Mulliner Wide body examples built is one of the last left hand drive examples to leave Pym’s Lane. It was delivered new to one of the most senior members of the United Nations and has been cherished and delicately maintained in an exquisite collection on the continent prior to now being offered for sale here in London.

Showing just 4,073 KM / 2,530 Miles from new, this fabulous example really has been sparingly used in the knowledge of its historic importance to Bentley Motors. The hand crafted 6,750cc turbo charged engine gave 420bhp and a staggering 650 Lbs/ft of torque enabling such 0-60mph times of 5.6 seconds and a top speed of over 170mph, all whilst luxuriously seating 4 adults. Finished in quite possibly the finest colour combination of Diamond Blue Silver coachwork with Imperial Blue hide seats and dashboard, and complementary Blue carpets.

It’s hard to imagine finding another Continental R showing this few of miles on the odometer. Being that it is also one of the last Continental Rs to roll off the assembly line, and this has to be one of the most pristine Continentals of its generation. And, if you ask me, that Diamond Blue Silver paint is a perfect compliment to the car’s exterior styling; just a fabulous car. While the price isn’t listed on the site, I would expect this fine of an example to fetch somewhere near £90,000 – even understated luxury doesn’t come cheap, after all.

The car is available at DD  Classics