Did we say Ferrari Limo? As in Limousine? Indeed we did. But before you start thinking Maranello has ventured into the party wagon market, rest assured this is a home-built special. But it is a Ferrari, and was once a humble 360 Modena.

Originally sold in the UK, the Modena – a perfectly good example of a supercar – was purchased by one Scott Marshall in Australia. Clearly a madman, Marshall proceeded to use an air hacksaw to chop the pretty car into two halves.

Next, the enterprising mechanic built a chassis extension using aluminium rails, added extra fibreglass panels in the centre to extend the wheelbase, and pimped out the interior with full leather, a bar, and LED lights. Having put it all back together, Marshall was presumably proud to be the owner of the only 8-seater Ferrari Limousine in the world.

But Marshall wasn’t finished there, as he understood that a Ferrari this long and low was not only going to be hard to handle in town – where it will, of course, be used to transport groups of people out for a good time – but it would likely beach on speed bumps. The answer: fit air bag suspension so the Ferrari can be raised when needed. And, as a final touch, he swapped the Ferrari six-speed transmission for an automatic box out of a Subaru Legacy!

Sensibly, he left the beautiful 3.6 litre V8 untouched, although the poor motor now has to push an extra tonne of weight so is not going to perform as a Ferrari 360 Modena should.

Do we like it? As a fun project, it’s an interesting one and certainly more noticeable than your usual Hummer or Lincoln Limousines, but butchering a Ferrari in such a manner is something we at Supercartribe frown upon! If you want it, it’s up for sale for $399,999 Australian Dollars. That’s £220,000 which is a hefty price for a 360 Modena! 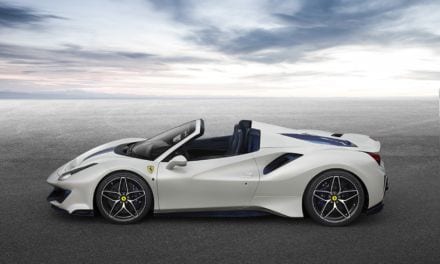