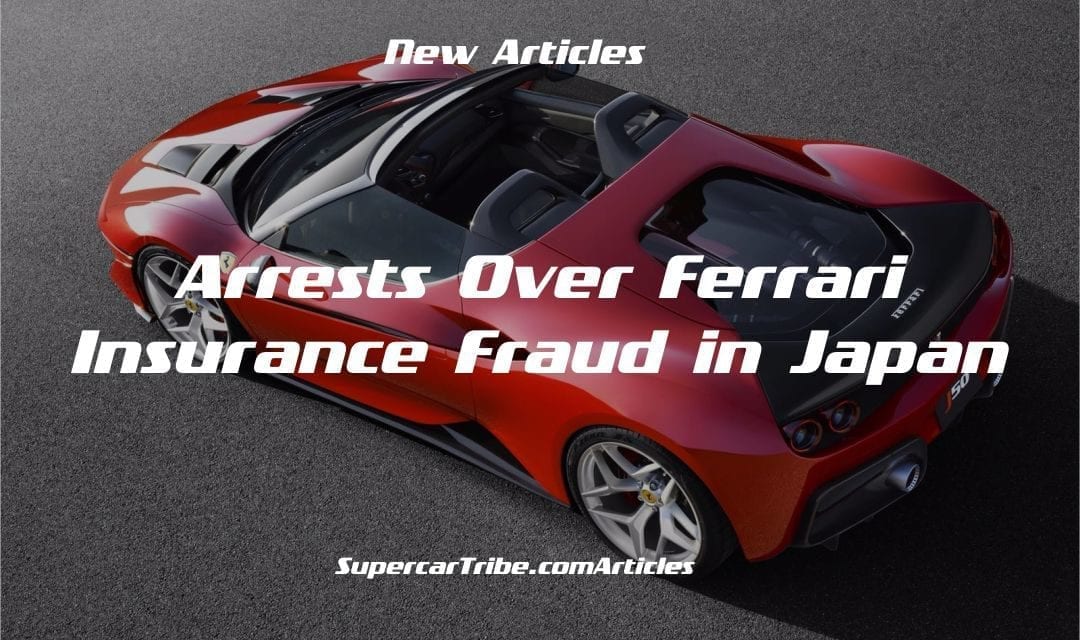 Ferrari is a legendary brand the world over, and for Ferrari Japan is a key market. Eastern money is important to European car makers – hence the number of exotic supercars seen in Tokyo and other Japanese cities – and there is a very active Ferrari collectors community in the country.

However, they won’t want to be associated with the four men recently arrested for fraud, involving a Ferrari that was allegedly involved in a road accident. In fact, the car had been damaged during an outing on a track, and the insurance claim was concocted to make some money.

Among those arrested in the incident, overseen by officers from the Sagae Station in the Yamagata Prefecture, are the 55 year-old President of a car repair company and dealership, one of his employees who is aged 50, a 55 year-old cook from Sendai, and the owner of the Ferrari, a 47 year-old dentist from Koriyama.

The insurance claim stated that the dentist’s Ferrari had been involved in an accident with the cook’s van, in the Miyagi Prefecture, with the claim being for 3.2million yen – more than £21,000 at the time of writing – in repair costs for the two vehicles.

The police have evidence that, in fact, the dentist crashed the Ferrari on a racecourse in the Tokai region, a long way from the location of the insurance claim, in December 2015, and that the insurance claim is in fact a scam instigated by the President of the repair company, who it is believed instructed the other men what to do.

Police are now investigating the possible involvement of other employees of the Sagae dealership, as well as looking into other similar crimes that the four may have committed.