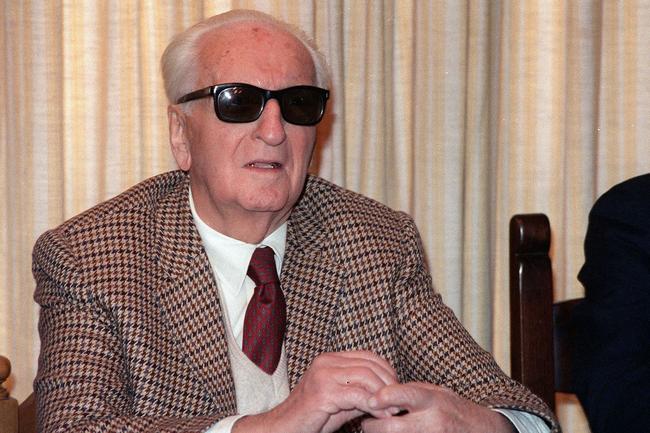 Motor racing has been a theme in a number of fine films in recent years, not least the magnificent ‘Senna’, the wonderfully evocative ‘Rush’ which told the tale of the Niki Lauda vs. James Hunt rivalry, and ‘Ford Vs. Ferrari’, a film that brought the great sports car racing years back into the limelight.

Now Michael Mann, who was an executive producer for ‘Ford Vs. Ferrari’, is looking to get a movie project off the ground that would be much welcomed by all of us at Supercartribe and our readers: the story of Ferrari, both the brand and the man, which promises to bring intrigue, passion and emotion into what is a remarkable tale.

The story will be framed by the events of the 1957 Mille Miglia, a race that is steeped in legend and that took place at a time when Ferrari, the car maker, was in dire straits and Enzo Ferrari and his wife, Laura, were struggling following the death of their beloved son, Dino. This is an important era for the company and the man – an enigma in many ways who would eventually retire from public life in the early 1980’s – and the setting is perfectly chosen.

The race itself is notable in many ways, not least that it would become the very last running of the legendary 1000mile road race. It was won by Piero Taruffi, who drove his Ferrari 315S without a co-driver covering the 9992 distance in under 10 and a half hours. His team mate Wolfgang von Trips followed him home, with another Ferrari – privately entered – in third.

Tragedy struck another works Ferrari entry, that of the Marquess, Alfonso de Portago, a noted Spanish aristocrat who was also something of a playboy. Having achieved feats such as flying an aeroplane under Tower Bridge, London, appearing for the Spanish Olympic team in the 1956 Winter Olympics where he and his cousins finished 4th in the Bobsleigh event, and twice riding the Grand National, at Aintree, he turned his hand to motor racing.

Portago was a good if not great driver and lost his life on the Mille Miglia when a front tyre exploded, flinging his car into the crowds. Reports say 10 people other than Portago and his co-driver were killed, with many more injured, and the Italian government banned the race forthwith.

Enzo Ferrari had a reputation for playing drivers against each other, and the film will portray this side of the man as well as looking at the emotional problems he and his family were facing at the time. He was one to proclaim that his drivers were like children to him, yet was always notably cold when one was lost in a Ferrari – which was not unusual in the days of limited safety in racing.

Mann, who will build a series of replica vehicles for the film, is hoping to find backing to get the project up and running, with Australian Hugh Jackman – star of The Greatest Showman among many other blockbusters – slated to play Enzo Ferrari. Shooting is scheduled to begin in Spring, 2021, and we will keep you informed.