At its debut in 2015, the Aston Martin Lagonda Taraf was the most expensive four-door saloon in the world. An homage to the Lagonda sedans that went out of production in 1990, this new Lagonda was designed to be a highly-bespoke, limited-production offering. Although it’s easy to assume this is just a dressed-up Rapide S, there is a lot more going on here than that. And with a £685,000 price tag, there had better be.

Built on the same flexible VH platform as other models such as the Rapide and DB11, the Lagonda Taraf features many familiar mechanical elements. There is the familiar Aston Martin 6.0-litre V12 sending 540 bhp and 465 lb-ft of torque to the rear-wheels. Even its 1995 kg kerb weight is nearly identical to that of the Rapide S, but not because these cars are all that similar – Aston’s extensive use of lightweight materials allows this larger and more luxurious super saloon to not incur a weight penalty over its little brother. While the Lagonda Taraf has been softened somewhat compared to other Aston Martins, it still retains agile handling and a firm ride. You can still have fun on the backroads in this one.

Not a Driver’s Aston Martin

Despite that sporting character, Aston Martin clearly expected most Lagonda Taraf owners to experience their vehicles from the backseat, with luxury amenities heaped upon rear-seat occupants. This is where the Lagonda really departs from the Rapide S. There are miles of legroom, thanks to a 200-mm longer wheelbase. Then there’s the relaxed suspension and throttle tuning that combine to create a less jarring ride than in most Astons.  Not to be overlooked is the fact that owners will be sitting inside something truly special and rare, and that’s where the real value lies in the Aston Martin Lagonda Taraf. Sure, you might be able to find a better limousine, like a Maybach or Rolls, but even those prestigious brands cannot offer the glamour of pulling up with a winged “Lagonda” badge on the hood.

Aston Martin capped production at 200 units, ensuring this would always be a very exclusive vehicle. This was not the end of the road for the Lagonda nameplate, however. Earlier this year, Aston Martin announced a new line of Lagondas that will focus on high-tech, environmentally-friendly vehicles. 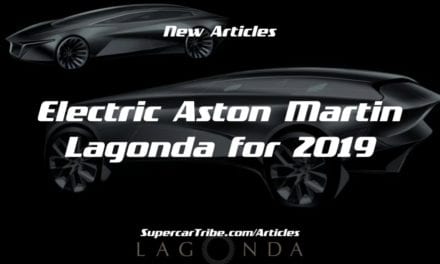