Ferrari 512 Modulo ‘Spaceship’ on the Road!

The 1970’s brought great changes in car design, with ever-more sleek and slippery models appearing from even the most mundane of manufacturers. For the luxury and supercar marques, and for the then thriving design houses, this was the era of the ‘concept car’ – designs intended to wow the crowds at motor shows – and the Geneva show, in 1970, saw the unveiling of one of the most daring of all.

Pininfarina, the leading design salon in Italy – if not the world – worked often with Ferrari, and at that Geneva show the car wowing the crowds was the Ferrari 512S Modulo, a one-off that was so low, sleek and outlandishly futuristic, it was described by some as looking like ‘a spaceship on wheels’.

Finally On The Road

Built on the basics of a V12 Ferrari, the Modulo featured a smooth shape that followed a gentle curve from front to back, has spats over all four wheels for aerodynamic efficiency, and wide expanses of glass. The entire front canopy moves forward to allow access – fighter jet style – and the interior is as space age as the styling.

Bought from Pininfarina in 2014 by renowned Ferrari collector Jim Glickenhaus, the Modulo has been restored to working condition – something it was perhaps not intended for in any more than as a museum piece. He intends to show the car at Pebble Beach this year after it is completed, and has already released a video of the car on the road, almost 50 years after it was first revealed.

Despite that half a century, which would add considerable age to any classy girl, the Ferrari 512S Modulo still looks surprisingly fresh and original. The sleek lines may have influenced many cars that came after – which is part of the idea behind concept cars – yet there is nothing else like it on the roads. 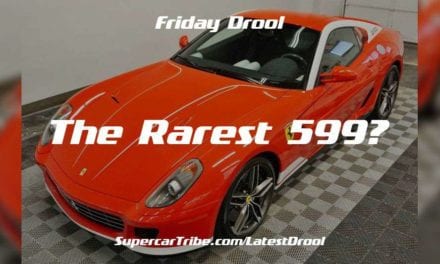