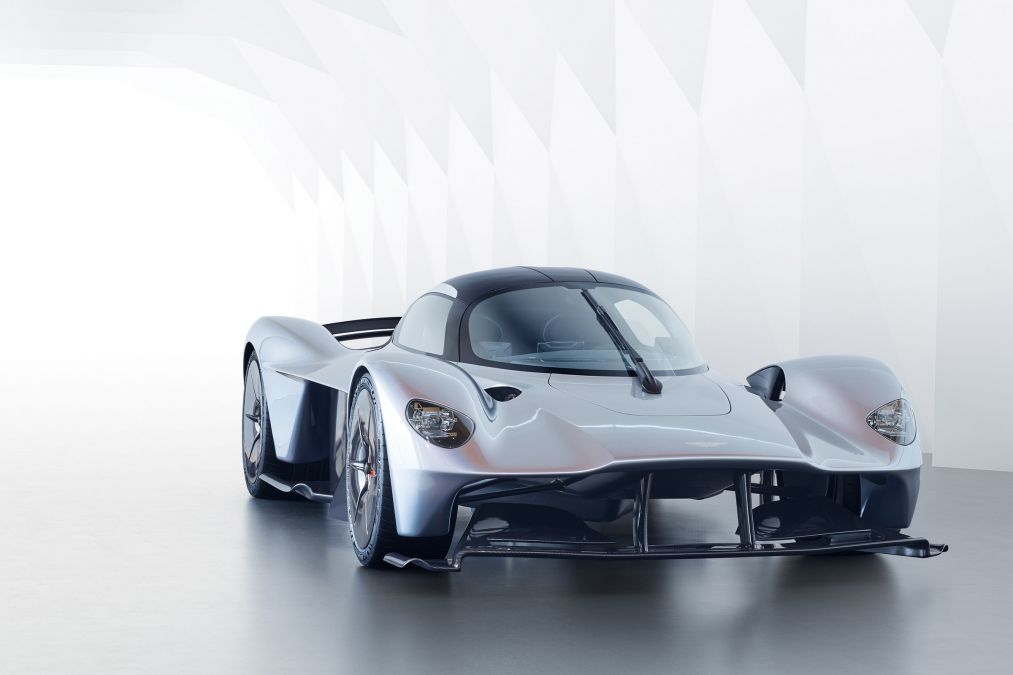 leaked to the public in 2017, the Aston Martin Valkyrie stormed onto the supercar scene. It was immediately clear that Aston is aiming for track supremacy – a great thing, but somewhat surprising for the British GT specialists. Still, we are living in an unprecedented supercar renaissance and nothing should surprise us now. What’s clear is that the “otherworldly performance” offered by the Valkyrie will only be matched by its incredible design.

Any other car as hell-bent on track performance as the Valkyrie tend to come out looking somewhat compromised. Not the this one. Constructed entirely from carbon fibre, the Aston Martin Valkyrie’s bodywork is beautifully effective. What’s incredible is that this F1-inspired design manages to be both incredibly aerodynamic and achingly gorgeous at the same time. From every angle, the Valkyrie is stunning – from the open underfloor to the unusual use of negative space on the rear view. Step inside, and the Valkyrie present you with an uncomplicated interior featuring an incredibly complex F1-style steering wheel.

With the help of Red Bull, Aston developed every bit of their new model to be as fast and light as possible. As you would imagine, then, the Aston Martin Valkyrie uses a rather special engine. Co-developed with Cosworth, the naturally-aspirated 6.5-litre V12 is paired with a Rimac-sourced battery system for an extra boost of power when needed. With 1,130 bhp and an 11,000 rpm redline, this 1,030-kg (2,271 lb) vehicle could very well match the pace of an F1 car on some circuits. And that’s just insane.

Production, slated to begin in 2019, will be limited to just 150 units. The price is expected to sit somewhere between £2 and £3 million, which should keep the Valkyrie sufficiently desirable. Still, you can always expect some owners to flip such a car after a short time. To discourage this practice, Aston has instituted a policy of banning anyone who does this from purchasing any new special-edition Aston Martins in the future.