By the time the Bugatti Divo made its worldwide debut – at the recent Monterey Car Week in California – all 40 examples of this spectacular hypercar had been sold. At around £4,500,000 a piece, that’s a lot of wealthy people! The Divo, a revised version of the already amazing Bugatti Chiron, is said to produce more downforce, and therefore is quicker around handling circuits, such as the one used at Nardo, Italy.

So, when a picture appeared on the internet of a crashed Bugatti Divo, it soon went viral, with car chat boards across the world wondering how any owner could have done such damage so soon after its debut. The image, however, is a fake; they are clever renderings by a talented artist who wanted to cause a stir.

Had readers been more keen to discover the origins, they may have looked closer at the title of the original quote, and the hashtags involved. One clearly states ‘#carrendering’, and the name – yasid design – refers to the office of a London-based designer and artist, who specialises in such online renderings.

Nevertheless, the number of people who actively rued the demise of a Bugatti Divo so quickly were most likely shocked at the very realistic picture, which shows a grey car in a less than fortunate state, on the back of a flatbed lorry – it would have had us fooled, too!

With ‘fake news’ a headline of late, and in the news itself, it’s no surprise that people took the picture seriously, and Yasid told car magazine ‘Motor’ that he wanted to ‘create a buzz’. He certainly did, as the picture was shared thousands of times over several social media formats.

You can rest assured, however, that as far as we know none of the 40 Bugatti Divo models that are being built have yet been crashed, although there is always time! 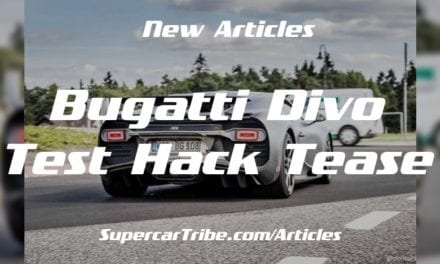 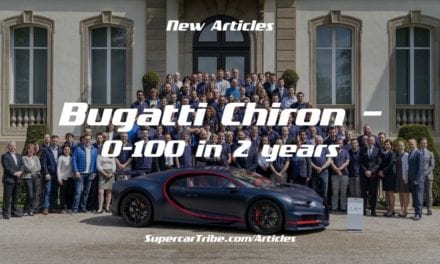