Driving uninsured is something that we frown upon, and that’s what Dan Livesey, a 31 year-old businessman from Lancashire, was pulled over for when officers from the local police force spotted his Ferrari 488 was not displaying a front number plate.

This is, of course, against the law – and police are currently cracking down on the practice of leaving the front plate off supercars for aesthetic reasons – yet the officer in this case booked Mr Livesey on the assumption his bright red Ferrari was uninsured.

Mr Livesey did, in fact, call his insurers – NFU Mutual – at the time, as he explained

“It was a complete waste of everybody’s time and a bit embarrassing. I have made an official complaint. I admit the lack of a front number plate, that was my fault, but I wasn’t booked for that. The sergeant refused to speak to NFU Mutual. He was overwhelmed by the nature of the car he had just stopped.”

What was even more embarrassing for Mr Livesey – and later for the officer involved – was the subsequent Twitter comment that the policeman posted on the popular social media network, complete with the hashtag ‘#straighttocourt’.

Despite his protestations, and the phone call, the Ferrari was duly seized having been deemed to be uninsured. Yet, Mr Livesey adds:

“He was being over-zealous, it was premature and absolutely unjustified to put this on Twitter. I would have been daft to leave a Ferrari uninsured. I like my cars and I am very careful about these things. An apology from the police is all very well, but I would like a personal one from the officer concerned.”

When a letter of confirmation of insurance was presented to the police, the Ferrari could be returned to its owner – at the cost of £150, which NFU Mutual has reimbursed. The naughty tweet from the now red-faced police officer has subsequently been removed. We have no word as to whether the front number plate will be fitted in future, but strongly suspect it might! 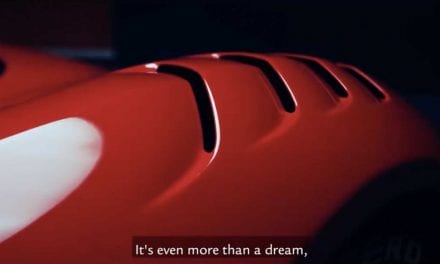 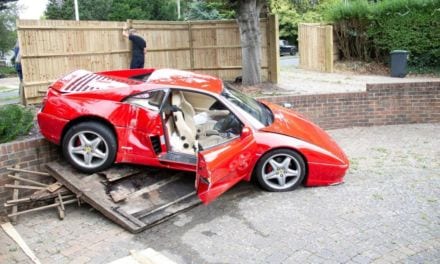 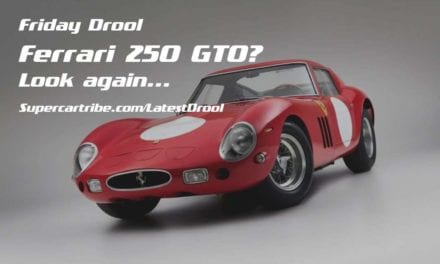