Only once in a while does a new car genuinely surprise us. The Koenigsegg Gemera is one. It is difficult to look at this utterly sensational example of automotive design and not think ‘Wow!’. Never a marque to shy away from extravagance, it’s fair to say that some of the little Swedish hypercar maker’s models have not exactly majored in the beauty department, yet they’ve always been stunning to look at. There is a difference. The Gemera, however, is – to my eyes at least – a beauty.

The combination of that aggressive Koenigsegg front treatment, with its low front and wide headlamp ‘eyes’, plus a profile view that seems to be one, gloriously defined sweep of the roof and glass areas with the sharp front and rear lends this 4-seat – yes, it can carry four people – Koenigsegg an air of grace that has been missing with some of its models.

Where does it fit in the Koenigsegg product range? It has its own unique place, as this is the world’s first ‘Mega-GT’ according to its maker. Here’s all you need to know about what will almost certainly remain the most astonishing car of 2020.

HOW MUCH DOES THE KOENIGSEGG GEMERA COST?

There’s an old saying that goes ‘if you have to ask the price, you can’t afford it’. The Koenigsegg Gemera hits the market with a proposed price tag of around $1.9million. That’s around £1.5million, or €1.7million. A lot of money, in other words. If you want a comparison, a Pagani Huayra is $1.4million, while the most expensive new car ever cost a massive $4.8million, and that was Gemera’s big brother, the Koenigsegg CCXR Trevita, of which only three were made.

HOW FAST DOES THE KOENIGSEGG GEMERA ACCELERATE TO 62MPH?

From a standing start to 62mph (the magic 100km/h) takes just 1.9seconds in the Koenigsegg Gemera. We’re not sure if that’s with four on board, but we doubt it. We believe that, as things stand, that makes the Gemera the fastest accelerating road car of all time.

WHAT IS THE TOP SPEED OF THE KOENIGSEGG GEMERA?

Koenigsegg, more than perhaps any other marque, is devoted to speed. That’s outright, absurd top speed. Its own Agera RS can top 278mph (447km/h) and is beaten only by 3 other cars in official lists (of which the Bugatti Chiron Super Sport is the fastest at 304mph). Bearing in mind the Koenigsegg Gemera is a 4-seat car, we think a top speed of 249mph (401km/h) is impressive.

WHAT IS THE HORSEPOWER OF THE KOENIGSEGG GEMERA?

This is where things get completely and utterly crazy. We’ll get into the details of the Gemera’s powerplant in a moment, but hear this: the combined, maximum power output is a simply incredible 1700bhp. That might fall short of the official ‘most powerful car in the world’ – the Lotus Evija – but it’s a hefty kick in the back, nevertheless.

IS THE KOENIGSEGG GEMERA ELECTRIC?

Yes, it is a hybrid electric/Internal Combustion Engine (ICE) hypercar. Let’s talk about the electric motors. There are three on the Koenigsegg Gerbera. Each rear wheel gets its own electric motor capable of producing 500bhp, and the front wheels are driven by a 400bhp electric motor coupled to a driveshaft. The range on electric power only, however, is – as usual – a paltry 50km. Switch to hybrid mode, and the range increases to a mighty 1000km. It’s notable that, when all three engines are running together, the combined power output is 1100bhp. The reason for this is technically beyond this writer, so I’ll leave it at that! What about the ‘real’ engine?

WHAT ENGINE POWERS THE KOENIGSEGG GEMERA?

Think hypercar – any hypercar – and you expect it to be powered by big, powerful, hulking brute of an engine. Take the Pagani Huayra: a 6.0litre, V12, twin-turbocharged lump from Mercedes-Benz is the heart of that admittedly magnificent car. Or the Bugatti Chiron, which for many is the very epitome of the hypercar. Under the bonnet is VW’s truly sensational 8-litre V16, with four turbos to give it some punch. The Koenigsegg Gemera does it differently.

Along with the three electric motors, the Gemera is powered by an engine christened the ‘Tiny Friendly Giant’. That alone makes it worthy of note. What is even more surprising is that it is just 2-litres capacity. Here’s another surprise: it’s a 3-cylinder engine. The world’s fastest 4-seater hypercar is powered by a 3-cylinder, 2-litre, twin turbocharged engine named the ‘TFG’.

It should be said that in technical terms this engine – developed in conjunction with Koenigsegg’s partner company Freevalve – is as advanced as it gets, offers astonishing efficiency, and produces a quite remarkable 600bhp, which is a power output usually associated with much, much bigger engines. This level of technical advancement is why we love cars like this.

WHAT IS THE WEIGHT OF THE KOENIGSEGG GEMERA?

In short, kerb weight is 1850kg. That’s more than 100kg less than a Bugatti Chiron, and a few hundred kg more than the Koenigsegg CCX, for example. The extra weight is thanks to the Koenigsegg Gemera accommodating four people, in comfort.

HOW MANY KOENIGSEGG GEMERA’S WILL BE MADE?

We are quite surprised to read that Koenigsegg intends to build 300 Gemera’s. That’s a very long production run for a company that usually limits production to a few dozen or perhaps 100. We can see that there will be appeal for a 4-seat Mega-GT among those able to afford a Gemera, as there is really no competition as yet.

HOW MANY SEATS IN THE KOENIGSEGG GEMERA?

The Koenigsegg Gemera really does seat four people. Unlike many supercars that have rear seats – Porsche 911 we’re thinking of you – there is actually room for someone larger than a small child to sit in the back, and in comfort. It’s also surprisingly easy to get in and out of, thanks to the long doors and lack of b-pillars, and once inside, well let’s see!

First, the lack of a traditional dashboard is instantly noticeable. In its place is a digital screen displaying everything the driver needs to know. To the right is a large central panel that is also a digital display and control system, and very elegant it is. The interior trim is customisable with a variety of trims including leather, Alcantara, and a choice of colours and combinations. The seats are memory foam versions for comfort – and they are four separate seats – and each is individually heated and adjustable.

Three zone climate control, a comprehensive infotainment system, phone chargers and USB connectors – the interior of the Koenigsegg Gemera has it all. Best of all? Each seat has two cup holders – one for cooled, one heated. That is detail of the highest order.

IS THE KOENIGSEGG GEMERA THE MOST IMPORTANT CAR OF 2020?

We finish with this question because many observers will view the Koenigsegg Gemera as a frivolous exercise. Who, after all, needs a four-seat, 250mph car that can get from 0-60mph in under two seconds? Nobody needs it, but the very fact a small, highly focused and innovative car maker from Sweden can make a car such as the Gemera is something to get excited about. Nobody needs a Gemera, but this writer would certainly like to own one!

Most important car of the year? That title will probably go to a particularly good, very capable, and very efficient hybrid saloon built for the masses, and so it should. But for us at Supercartribe, the Koenigsegg Gerbera is the most sensational car we have seen – and are likely to see – this year. 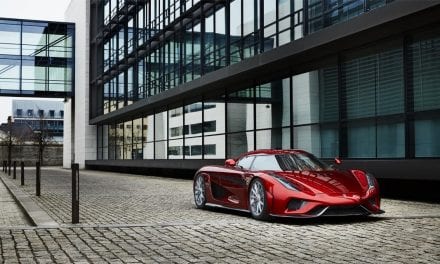