What could the supercar enthusiast wish for but 200 Lamborghinis, past and present, gathered together in one place for Lamborghini Day Japan? That’s what happened in the Japanese city of Yokohama, where this magnificent sight took place recently.

The stunning array of exotic machinery included models from all eras, most naturally from the current and very recent model range, with at least one of the ground-breaking Lamborghini Miura in attendance. This, of course, was the original supercar, and the design that broke the mould and launched a new kind of vehicle onto the world stage.

The latest incarnation of the popular and still astonishing Aventador, the tweaked and potent SVJ, made its Asia debut on the day, in what is a very important market for the marque. Japan loves Lamborghinis, hence the presence of CEO Stefano Domenicali, who attended the entire day including the exciting and fun party.

In a press release about Lamborghini Day Japan Domenicali said:

“Japan is a very important market for us. I would like to reinforce our gratitude to the long-time patronage of our Japanese customers who have built such strong bonds with the marque. We stay very much in touch with our customers here, and look forward to building on the marque’s strength with the Japanese market introduction of our new super SUV Urus, which brings an even broader audience into the brand.”

In addition to the show-stopping parade of 200 Lamborghini’s through the city, a sight that any car lover would have enjoyed, the event featured the aforementioned party, plus a charity auction that raised money for victims of natural disasters that have hit Japan in the last year, with all proceeds going to Japan Red Cross.

This was an event to be savoured, and although the emphasis was largely on the modern-day models from Lamborghini, to see so many assembled in one place is very rare indeed. 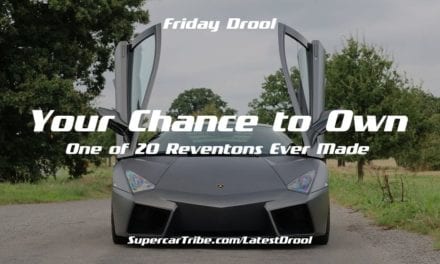