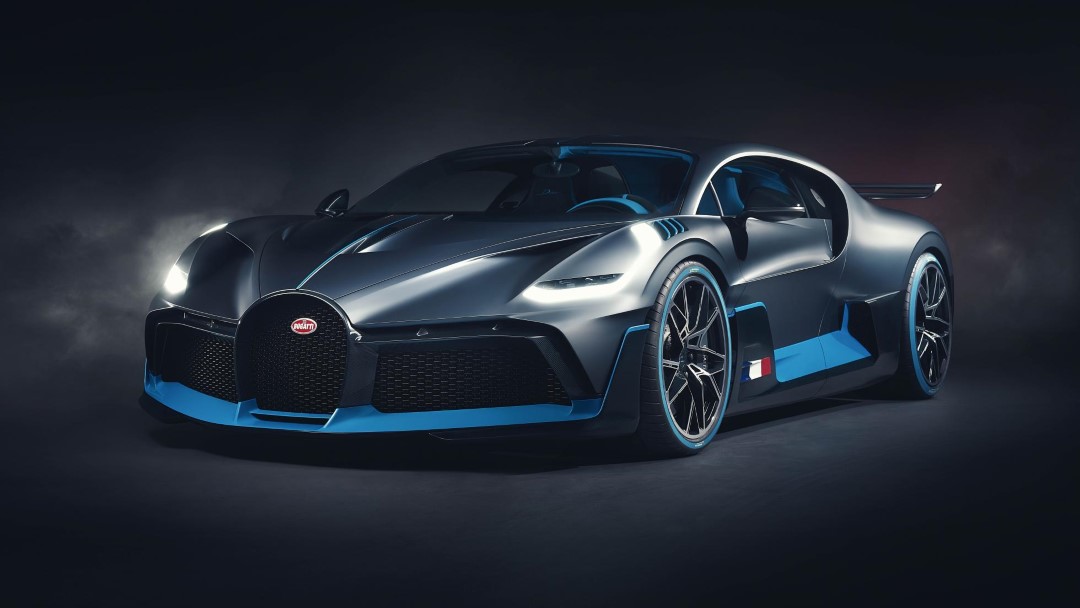 With the newly introduced Bugatti Divo, the French carmaker is making a statement to the world. After losing the top-speed title to the Koenigsegg Agera RS, Bugatti is stepping up their game. Based on the Chiron, the Divo receives oodles of high-performance goodies to create a 1500-horsepower track monster. This is all part of Bugatti’s product expansion that has seen the VW-owned automaker expand from just one model to three. Named after famed racing driver Albert Divo, the new model promises to give its owners an even more special experience than the already outrageous Bugatti models that came before it.

SLOWER BUT FASTER THAN THE CHIRON

Using the same W16, quad-turbocharged engine as the Chiron, the Divo puts out 1,479 bhp and 1600 Nm (1180 lb-ft) of torque produced between 2,000 and 6,000 rpm. A 7-speed DSG transmission routes that power to all four wheels, just as in the Chiron. A 35-kg weight loss and tighter suspension tuning help the car feel much nimbler.

Reportedly, the car is able to reach 62 mph from a standstill in just 2.3 seconds. A heightened focus on aerodynamics has taken a toll on the top speed rating, however. That means owners will have to content themselves with a mere 236 miles per hour, down from the Chiron’s 261. Don’t let the 25-mph deficit make you think of the Divo as a softer car, however. After all, the extra downforce pays dividends when the road turns twisty. Thanks to its 1.6-g lateral acceleration, the Divo is capable of completing Fiat’s Nardo handling circuit a full 8 seconds faster than the Chiron.

To emphasize the car’s athletic demeanour, Bugatti has created an impressive new shape for the Divo. While the Chiron is immediately reminiscent of the Veyron, the Divo separates itself a bit more, stylistically. Befitting its focus on high-tech performance, this new model was graced with an aggressive new face. The thinner, squintier headlights and large, gaping air intakes give it a downright aggressive look from the front.

Compared to the Chiron, the roofline has received special aerodynamic attention. The new outline of the car is sleek and crouchy-looking, just like a big cat waiting to pounce. Bugatti also reflects the heritage of its Type 57SC Atlantic with a prominent fin tracing a line from the cockpit to the giant fixed rear wing that supplies 90 kg more downforce than the car it is based on. The Divo features new 3D-printed OLED lights out back. While that sporty new aesthetic is fantastic to look at, it also provides some substantial benefits to performance as well. Those larger intakes feed even more air to the engine and brakes than in the Chiron. Any air that is not being directed into the car flows around effortlessly, thanks to new curtain air ducts.

Inside, Bugatti makes a powerful statement by using different colours for the driver and passenger sides of the car. The brighter driver’s area shows that this car is focused on driving pleasure above all else. New seats and armrests offer more lateral support to drive and passenger alike.

As you would expect, Bugatti won’t be selling the Divo in Golf-rivalling numbers. Production of the €5 million car will be limited to a grand total of 40 – all reserved for Chiron owners. And, even with its spectacularly high price, there is no guarantee that anyone with the cash will be able to secure one. In fact, some very wealthy individuals have reportedly purchased a Chiron with the sole intent of being allowed to purchase a Divo.