I hope you don’t mind getting a few looks as you drive down the street, because the rather brash Diablo SV I bring you today is bound to attract some attention. As if the insane bodywork and dazzling giallo paint weren’t enough, “SV” has been scrawled across the side of the car in about 1,000-point font. “If you’ve got it, flaunt it,” seems to be the motto here. And whoever picks this piece up will certainly have “it,” with the Diablo being one of the most flamboyant cars of all time, and also the first Lamborghini to crest the 200-mph mark.

This isn’t just any normal Diablo, either. While there were several special editions of the Diablo made throughout the years, this SV model is particularly interesting. The “SV,” or super veloce, trim presented buyers with a rare value proposition when it debuted in 1995. You see, it’s 5.7-litre V12 offered more power (510 bhp) than the standard Diablo produced (485), but at a lower price. Larger brakes and an adjustable rear wing were also standard features included on the SV. So what gives? Well, this slightly cheaper Diablo was missing one big element that Lamborghini is known for: four-wheel drive. This rear-drive only edition was sort of an enthusiast model, and evidently the trend of charging exorbitantly for these lighter, stripped-down models hadn’t yet occurred to Lamborghini in 1995.

This rolling billboard for 90s excess is offered for sale by San Francisco Sports Cars. Here is what they say about it:

This ultra rare, single owner, 1998 Diablo SV has lived in the Bay Area its whole life. Has a complete set of owners books and tools with a clean Carfax ‘1 owner certified’ history report. Lamborghini is estimated to have built just 425 SV’s between 1995-99, however very few came to the US as it was only ‘officially’ imported here in 1998-99.

This 16,000-mile example appears to have lived a pampered life, but buyers don’t appear to be lining up as the price has recently been dropped down to $299,995. While that might seem quite steep at first glance, similarly decent Countach models have been selling for at least double the amount, so I have a feeling that this could just be an excellent time to hop on the Diablo train. All aboard!

This car is available at: San Francisco Sports Cars. 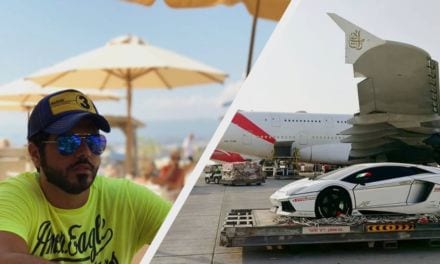