Respected UK classic car dealer and racing driver Gregor Fisken, who deals in top-end and exceedingly rare automobiles, has finally won a case in the UK High Court that has been raging for three years. The case centred around a blue Ferrari 250GTO – chassis 3387GT and the second one to be built – with an illustrious racing history that Fisken purchased from an American dealer in 2017.

Fisken, who’s showrooms are in Kensington, London, bought the Ferrari from an American collector – a lawyer named Bernard Carl – for a then record £37million in October, 2017. At the time of the sale the car was fitted with the incorrect gearbox. Originality is essential for cars such as this, so a deal was struck. Fisken told the court that, according to contracts signed at the time of the sale, if the original matching-numbers gearbox was found, it was to be reunited with the car. The gearbox was subsequently discovered in a workshop in California.

Having found the gearbox – believed to be valued as high as £800,000 due to being absolutely unique – Mr Carl then requested an additional £500,000 for the delivery of the gearbox to Fisken. Fisken insisted that the seller was ‘contractually obliged’ to deliver the gearbox at no extra cost. Thus, the courts became involved as the two parties fell out over the situation.

The complexities of the case, and the value of the car and parts involved, meant that things were elevated to the High Court, and it was Judge Richard Pearce who presided over the ongoing lengthy proceedings.

His conclusion agreed with Mr Fisken: Carl was, according to the agreement signed, ‘contractually obliged to deliver up the gearbox’. The initial argument between the two parties involved had been over the cost of getting the gearbox to the UK, and things escalated when neither party could agree on the terms. Thus Mr Fisken’s company – Gregor Fisken Ltd (GFL) – took the American lawyer to court.

“The GTO is one of a small number of Ferrari 250 GTO Series 1 coupés.

‘It is common ground that these are rare and valuable classic sports cars. By way of example, the defendant refers in his statement to one being sold for $70 million. The purchase price in this case, $44 million, is an indication of their high value.

‘GFL seeks an order that Mr Carl secure delivery up of the gearbox. Mr Carl resists an order for delivery up, at least without the payment of a fee $500,000.”

He then explains the situation as it should be resolved:

“GFL’s case (is that)…Mr Carl is obliged by the terms of the agreement to deliver the gearbox to GFL if it is in his possession or control.

‘The contract was for the sale of an item that is unique and damages would not amount to an adequate remedy, and that the failure by GFL to recover the Gearbox would damage its reputation as a classic car dealer.

‘However, Mr Carl is obliged by the terms of the agreement to deliver the gearbox to GFL if it is in his possession or control.

‘It is common ground that the gearbox is currently held in California to his order.”

The inference here is that while GFL does not actually own the gearbox, there is an agreement that it should be reunited with the car. The GTO had already been sold to an anonymous collector with this agreement in mind.

“Mr Carl is contractually obliged to deliver up the gearbox.

‘In my judgment, the argument in favour of making an order for specific performance of the agreement is strong.

‘If someone is willing to pay $44 million for a car and the gearbox is suggested to have a value of $500,000 to $1 million, I have considerable difficulty in accepting that the uniting of the two originals is not thought to enhance the importance of the GTO.

‘Equally, the reuniting of the two is likely to enhance GFL’s reputation in the market. In a situation where GFL has a contractual right to the item and the defendant can readily give it up, I see no good reason not to order specific performance.

‘In conclusion, I propose to make an order giving specific performance of the terms of the agreement by requiring Mr Carl to secure the delivery of the gearbox to GFL.’Mr Carl has until June 8th to seek permission to appeal. 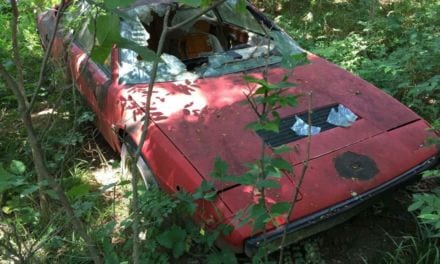 Looking for a Cheap Ferrari? Look No Further! 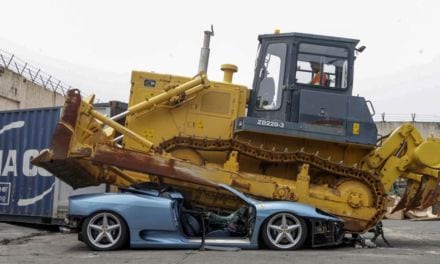