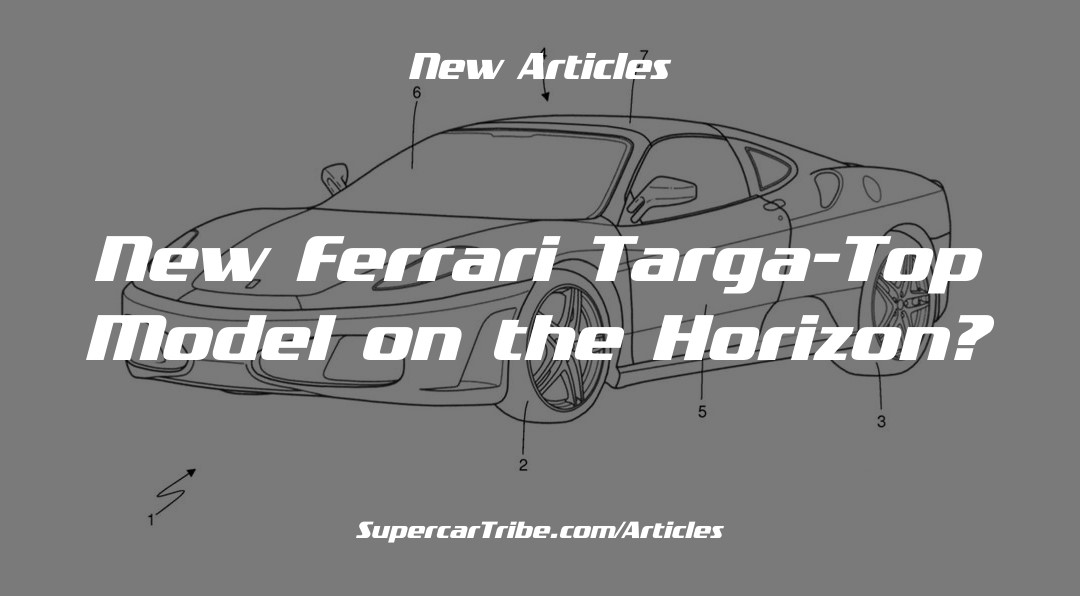 The ‘targa’ top, a form of convertible hard-top involving a lift-out roof panel, will be familiar to Ferrari fans who remember the last production model to feature this style of roof – the late 1990’s Ferrari 355GTS. Perhaps more famous will be the 308/328 GTS models that preceded the 355.

Also used by Porsche for various models in the 911 range, the targa top has inherent problems in aerodynamics, as the open roof at the lip of the windscreen upright disturbs the air, and apart from a handful of limited-build cars since, this is one reason the design has not been seen for almost 20 years on a model in the Ferrari range.

All that may be about to change, however, as Ferrari has recently filed a patent with the relevant body – the European Patent Office – for a new design of targa top, one that is intended to overcome the aerodynamic turbulence problem. It is thought this may be done by way of special inserts that can be simply installed when the roof panel is removed.

The claim from Ferrari is that such a design will not only be effective, but will also be inexpensive and easy to manufacture, both factors which will surely be welcomed by potential Ferrari owners who want the benefit of an open top but not a full convertible.

The patent makes no mention of a particular model – although curiously the illustration is that of a Ferrari F430, which was superseded by the Ferrari 488. The latter model accounts for a great proportion of current Ferrari sales.

Speculation that a Ferrari 488 Targa could be introduced alongside the current 488 GTB and the fully convertible Spider has come about as a result of the patent, although it is equally possible that the new roof design could be intended for a future new Ferrari model.