Readers of a nervous disposition look away now, for I am about to tell you a tale that might cause upset (but fear not, for it does have a happy ending)!

How did so many Ferraris end up abandoned and left to decay in a field? The location has been withheld for privacy reasons, but what we can say is that it is not a happy tale.

The Ferraris in question – 11 in total – were part of a collection put together by a gentleman attorney who began by collecting Corvettes. His interest extended to European exotica,  and he amassed a collection including a Ferrari Testarossa, a number of 308s and 328s, a 400i, a few 348s plus Mondials.

Then, sadly, he fell ill with a serious condition in around 2012, and his cars were put into warehouse storage.

The cars were moved into the field when, undergoing treatment, the owner missed some rental payments. Despite getting things up to date and back on track, they were never put back under a roof, and were left in the field in an increasing state of disrepair.

Some years later the family instigated legal proceedings to retake possession of the cars, which they duly did, discovering not only the vehicles themselves, but ownership titles for 9 Ferraris and two Rolls-Royces. Two of the Ferraris and the British luxury Rolls-Royces were missing, and remain so, with no explanation forthcoming.

Having spent so many years stood still in the outdoors, they all needed recommissioning to a high degree, and local Ferrari expert Paul Cox was brought in to help get the job done.

The nine Ferraris that had titles were sold to a dealer, and we are happy to say that at the time of writing, it would appear most are with owners who will treasure them, and are back on the road.

A sad tale with a happy ending; it’s what we like to see! 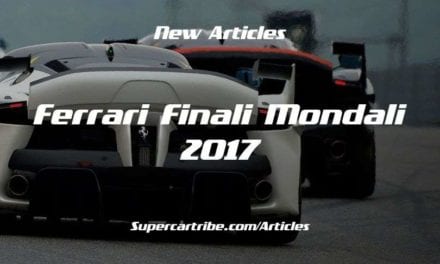