This isn’t just any old Phantom. No, this 1950 Rolls-Royce Phantom IV State Landaulette is the headlining automobile in a collection of heritage Rolls-Royce vehicles that also includes a 1960 Phantom V State Limousine. Having been owned by the Queen for the better part of 60 years just might have something to do with that. Imagine how many extraordinary events this car has been present for over those years. Good luck finding a more historic Rolls for your collection – if there are any out there, they surely don’t turn up for sale very often.

Only 18 examples of this model of Rolls-Royce Phantom were made; all custom-made for high-level government figures. The coachwork was completed by Hooper & Co and features higher seats and larger windows than the standard model to enhance your Royal viewing pleasure. Knowing that it has been in the hands of the royal family for its entire 6 decades of existence should assuage any worries about its service history. They just don’t strike me as the type to let their maintenance fall behind. The literature doesn’t state the exact specifications of this car, and they really don’t matter all that much, but of the 18 models, all but 3 used a 5.7-litre I8 engine, with the remainder using a 6.5-litre inline 8. Because this unit was retained for royal duty from the outset, I would say there is a good chance that it houses the larger engine.

The entire heritage collection will be offered at auction by Bonhams on September 8 at the Goodwood Revival. Here is what the auction website says about the car:

Bonhams has consigned this marvelous collection of eight historically important motor cars and one highly sought-after registration plate for its Goodwood Revival Sale on 8 September. The star of the collection is the 1950 Rolls-Royce Phantom IV State Landaulette with coachwork by Hooper & Co which is estimated at £1,000,000-2,000,000. This is identical to the model in which Meghan, Duchess of Sussex, was driven to Windsor Castle on her wedding day to Prince Harry, highlighting the significant role that Rolls-Royces have always played to the British royal family.

Further down, the write-up mentions that registration plane RR01 will also be offered – just imagine that plate on this car! This is clearly a very unique opportunity to own a very special and historic Rolls-Royce.

This car is available at: Bonhams. 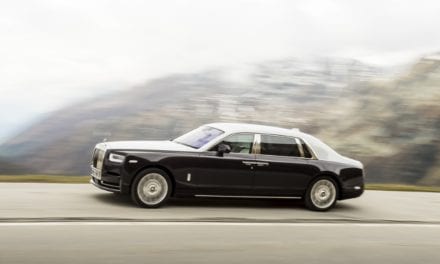 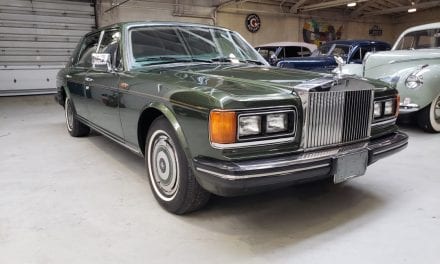 Rolls Royce China Sales Take a Hit Thanks to Coronavirus